Born in 1979, Hernan Rosselli studied film editing at the ENERC and screenwriting at CIEVYC, as well as philosophy and music. He worked as film editor for Juan José Campanella, Bruno Stagnaro, Hernán Belón, and Gastón Solnicki, among others. He is one of the editors of the magazine Las Naves, whose first issue was presented at Bafici ‘13. MAURO is his first feature film. 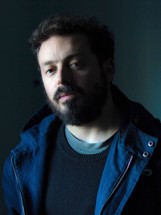