Home > Editions > Festival 2005 > The Treasures of the Cathay

The Treasures of the Cathay

HOW I DISCOVERED THE CATHAY FILMS

I am often asked what the first film I ewer saw was. The truth is I can’t remember at all. I started going to the movies when I was three or perhaps evenyounger than that. My maternal grandfather would carry me into the cinema. Itwas the golden age of cinema. The film theatre was the only cheap and healthy place of entertainment. During the 1950s and 60s, a typical Southeast Asian town (I was born in such a town) would have seven or eight cinemas, each with a capacity of nearly a thousand. There were three classes of tickets, the most expensive of which had sofa couches.

I also saw the epic-period legend film The Magic Lamp. It featured all the major stars und the Dien Mao banner: Ge Lan, Lin Tsui, You Min, Zhao Lei… There was also the famous anti-Japanese war and romance film,  Sun, Moon and Star. The characters Star, Moon, and Sun were played by Ye Fung, You Min and Ge Lan respectively. Playing opposite them was the very popular male star Zhang Yang. The film was such an epic it had to be released in two parts!

Look how happy I am,

Happy as I never have been before!

Look how proud I am,

Proud as I never have been before!

This song was so popular that many Mandarin singers, even until the 1990s, have attempted cover versions of it. The original singer, Ge Lan, who has since retired from show business, was once asked, “Of all the singers who have attempted that song, who re-interpreted it best?” Ge Lan replied, “None!” During the early nineties, I discovered a video tape of  The Wild Wild Rose at a roadside stall in Taipei by chance. I had forgotten what the film was about or even who directed it. But I remembered the songs in the film. Being an avid collector of old songs, I knew that the composer of these songs was a popular Japanese master composer of that time. He composed many famous songs of my favourite old singer, Li Hsiang- lan. At the same time, he also composed music for many Hong Kong movies of that era.

The soundtrack of The Wild Wild Rose is one of his most outstanding pieces of work. Another famous track from this album was “Carmen”. It was the hottest song on radio at that time. How was I to know that this was actually translated from the famous opéra ? I didn’t know anything about opera nor about Bizet. I only felt that the song, which reminds me of bullfighting, had very interesting lyrics, written by Li Hsieh-ching:

Love is but an ordinary thing,

There’s nothing special about it.

There’s nothing great about them.

What is love “What is romance”

It is all but a game of self deception.

What is passion “What is attraction”

It is all but a game of play acting.

If you fall in love with me,

You shall be wasting your time.

But if I fall in love with you,

You shall die in my hands!

Some people called Ge Lan the new Li Hsiang-ian. But in my opinion, other than both having had formai training in classical singing, their voices are actually very different, each having its own distinct flavour and tonal quality. “The Wild Wild Rose” was written by Chin Yi-fu and directed by Wang Tien-lin. It was completed in 1960. The story was simply a Hong Kong version of Carmen, the opera. Ge Lan played a confident and passionate night-club singer who is exuberant, yet sentimental. She falls in love with a depressed pianist, who is engaged to be married. Torn between wanting to snatch the pianist away from his fiancée and trying to escape the harassment of her own ex-lover, she realizes that she is bu ta sacrifice in a male society when she is stabbed to death by the man she loves. Ge Lan’s honest performance of a jaded woman who toys with men’s emotions in a seedy night club was so convincing that the audiences of the time (40 years ago) must have felt shocked and helpless for her. Up until that film, Ge Lan had always portrayed characters who are role models — girls who are optimistic, healthy, kind, innocent and hardworking. What happened? As I watched this film again, it seemed clear to me that it was the most representational classic out of the more than one hundred films to have come out from Dien Mao’s studios (this excludes the films that came after Dien Mao was reorganized and renamed Cathay). 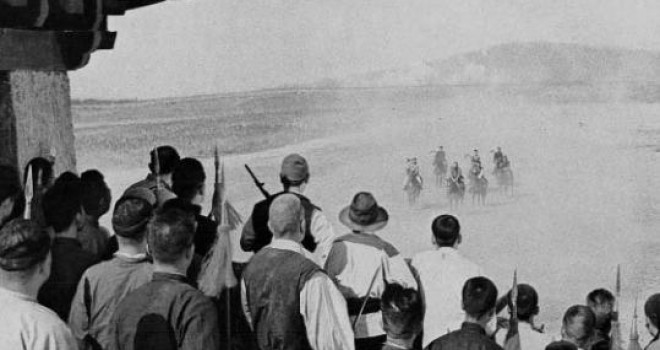 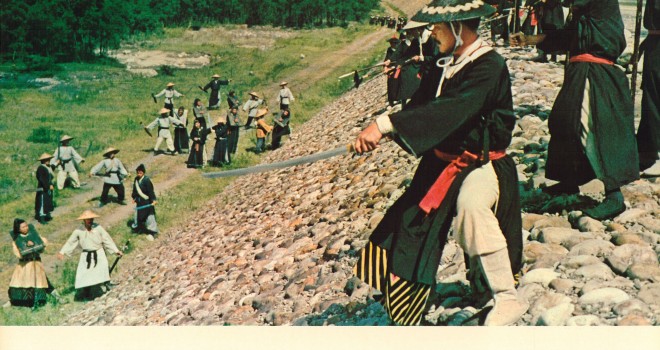 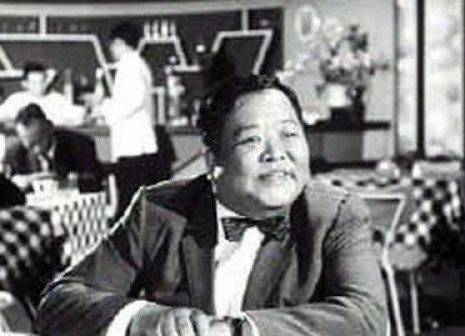 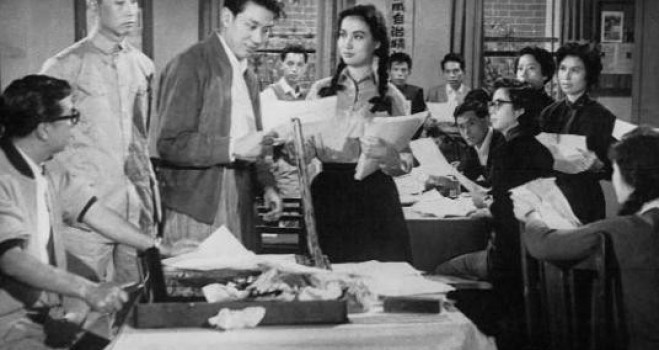 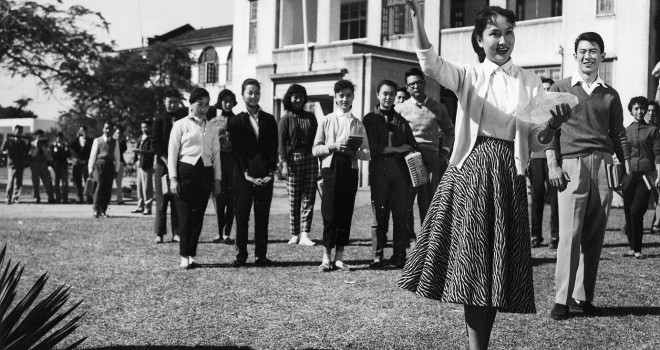 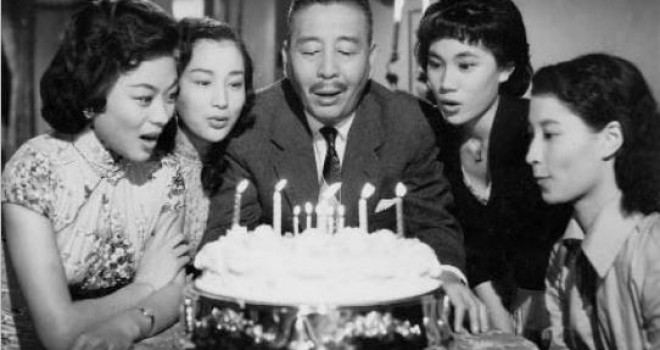 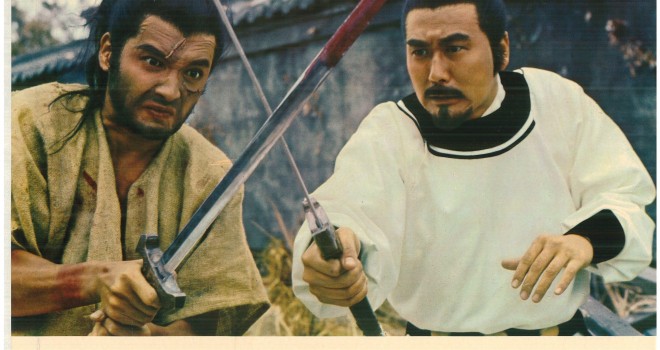 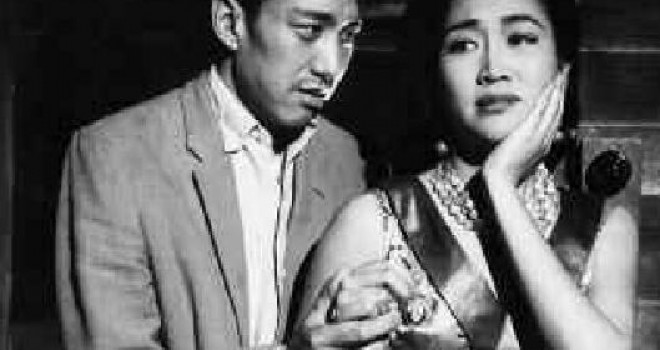 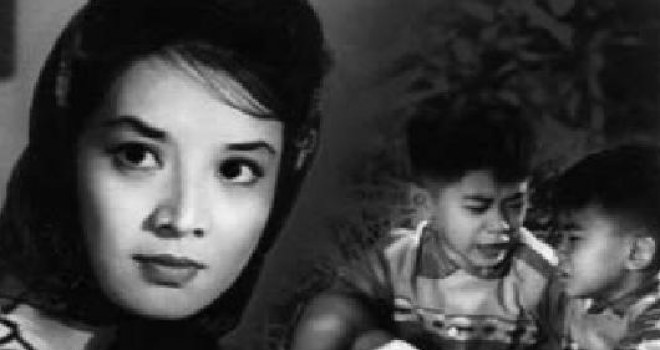