Hong Sang-soo began his career in 1996 with a debut feature,  The Day a Pig Fell into the Well. Each of the 23 films that he has since written and directed is characterised by a complex and perfectly organised structure, even though everything in it seem to happen randomly following the impromptu events that his characters encounter. In 2011, the Cinémathèque Française devoted a first retrospective to him. In 2014, he won the Montgolfière d’Or for Hill of Freedom. In 2015, he was awarded the Léopard d’Or at Locarno Festival for Right Now; Wrong Then. In 2016, he won the “Grand Prix d’honneur” at the FIDMarseille festival. 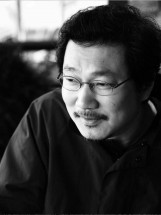