Born in 1976 in Tehran, Iran, Sadaf Foroughi began her artistic career in 2003 when she started to create and produce short films, documentaries and video art pieces. Sadaf holds a master degree in French literature from Tehran Azad University. She graduated with MA in Film Studies from University of Provence (Aix-Marseille I). She also has a degree in Film Production from New York Film Academy. In addition to her film career, she has also been involved professionally in creating photographic based interdisciplinary arts and also video installations. She is the permanent member of the Iranian Short Film Society (ISFA) since 2005 and also the Société des Auteurs et Compositeurs Dramatiques (SACD) since 2010. 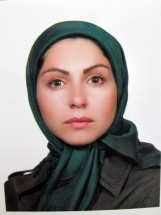