Film-maker Yehia is shooting the last scene of his new film when he is struck down by a heart attack. He must go to London for open-heart surgery. His arteries are blocked, a blood clot has to be removed. On the eve of the operation, he becomes friends with a taxi driver for a short but comforting time. As the operation takes place, a series of flash-back scenes unfolds during a sort of inner trial where the child he once was blames him for betraying the ideals he had as a young man. We watch his childhood, his teenage years, his personal and professional life as they unfold in front of us. He goes to Hollywood. Then comes the 1954 Cannes Film Festival where the film-maker shows The Son of the Nile (1951), which only gets a few lines in the papers. Then Yehia shoots Cairo Station (1957) for which he looks forward to an award at the Berlin Film Festival – in vain. We take a big leap forward in time. His daughter, an anti-establishment protester, ends up in prison. The film-maker gets into trouble with censorship for The Sparrow (1973). At the end of the trial, the child is sentenced to be removed from Yehia’s heart. The filmmaker slowly recovers. 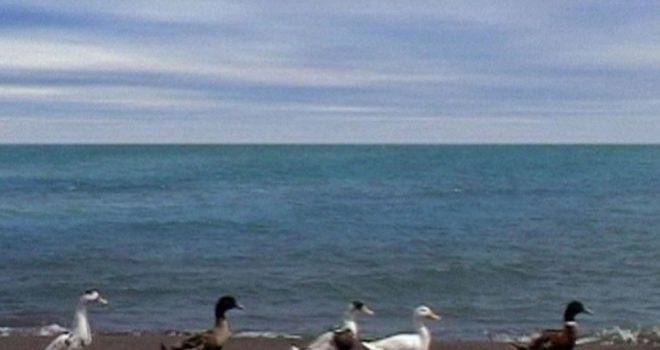