“Open your ears wide and listen carefully. Everything started with the setbacks of a poor antelope. That day, the antelope was trudging along, looking for a water hole to quench its thirst when a great hunter soothsayer happened to pass by… Do you follow me ?”
The one who speaks is Djeliba Kouyate, an old story-teller At the twilight of his life, a mysterious hunter entrusted him with a last mission: to tell young Mabo Keita the origin of his name. A name which evokes a whole epic, that of the founder of the Mandingo Empire, Soundjata Keita, also called the buffalo’s son. But before there was his father, King Magham Kon Fatta. Married and already father of a son, he referred to an oracle and was quite surprised to hear that his real heir would come from another woman, ugly and hunchbacked. And Mabo asked Djeliba : “Will my ancestor really marry that ugly woman ?” She is Sogolon, the buffalo-woman. And from within her womb, after an endless pregnancy, Soundjata cried out : ‘Mother ! My time is up, deliver me”. 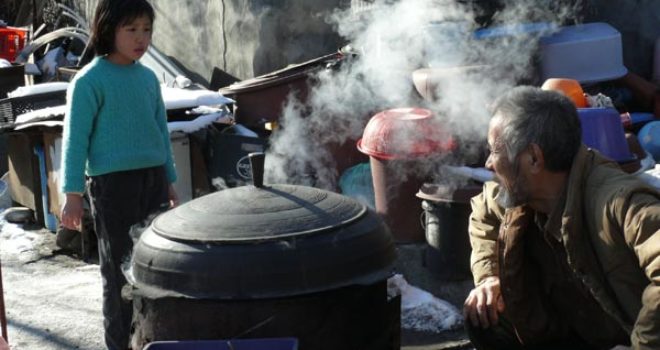