Mathias, the son of a Frenchwoman, travels to Guinea to find his natural father. No sooner does he get there than he is mugged and robbed of ail his personal belongings and documents. In a bar he meets John Tra, a young and likeable tramp who introduces him to his sister Rama. The next morning Rama takes Mathias to Fria, a run-down industrial town in which his father is apparently staying because he used to work in a local factory. Rama warns the young Frenchman about it. In the evening he meets John Tra again, this time in a bar run by a man called Sylla. Mathias doesn’t realize that is Sylla’s men who robbed him on the day he arrived. He finally meets his father, who is now an old man, wasted, alcoholic and uninterested in anything. Mathias decides to return to Paris and goes to Conakry to be issued with a new passport. But the embassy is closed. He therefore decides to take part in an attack planned by John Tra. But it goes wrong… 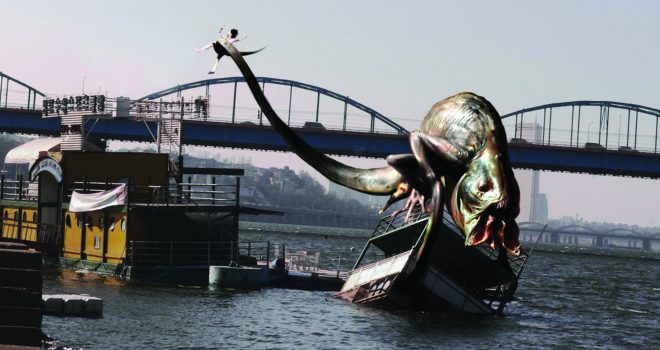