The time is the early 19th century, the place, the African continent deep in the loop of the river Niger. A young man called Wend-Kûuni sets off on an unpredictable journey in
search of a healer to treat his sister Pughneere, who is stricken with an unknown illness.
In the manner of a folk taie, the film deals primarily with childhood, youth and a certain quest for identity. But, beyond that, it tackles the big questions of life, those that make or undo the world and mankind: the acceptance of those different from oneself tolerance and dialogue, or the fear of others, distrust, intolerance and exclusion.

“The rites of passage of a character who finds himself in an ultimate quest for identity”. 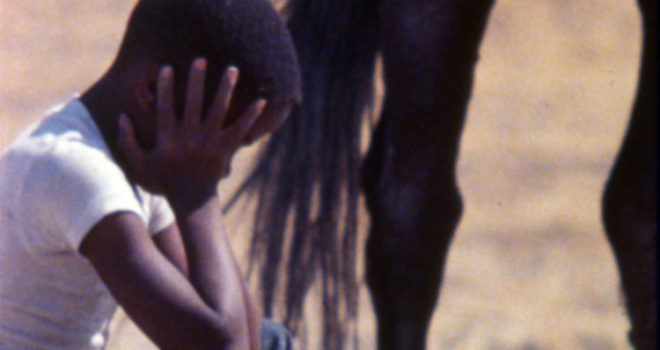 The Horse
(The Horse)
by Charles BURNETT
United States — 1973