Home > Films > A Page of Madness 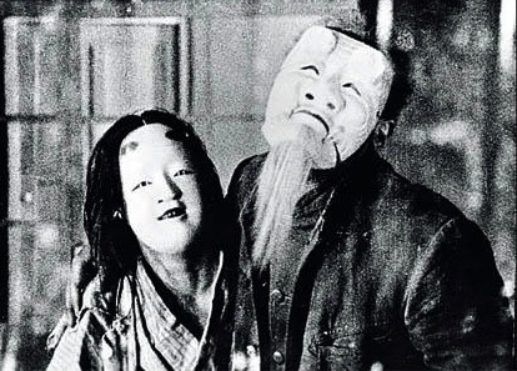 A Page of Madness is a powerful cinematic experience that today would prompt us to say that nothing new has been invented since. The story recounts how an elderly seaman gets a job in a mental asylum so he can arrange the escape of his wife, who was committed for attempting to drown their child. He reminisces on their early married life, finds himself caught up in a mutiny and resignedly returns to work after his wife refuses to escape with him. The images of his memories, actions and hopes follow on in succession with no real narrative through-line. Magnificent, they race on and jostle with each other, in pace with the miseries of the seaman and the inmates. Their madness serves as a pretext for deforming and experimental effects, which the editing skilfully links together. The rhythm is dizzying, the framing, lighting, sets and actors’ gestures make A Page of Madness a masterpiece of the Japanese avant-garde silent cinema.