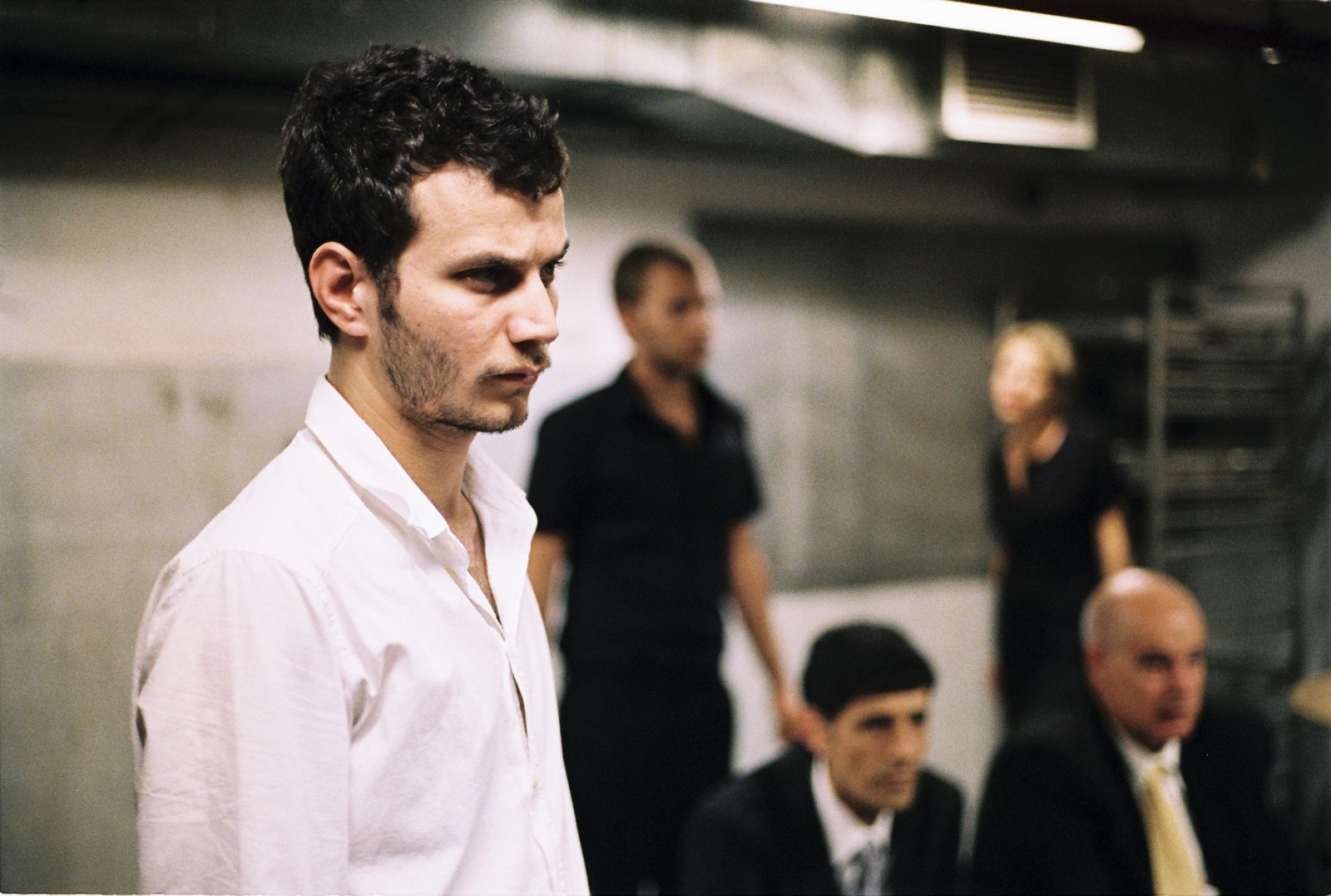 Nadav Lapid’s film surprised everyone by its unscheduled synchrony
effect. It was released just before the great demonstrations held last
spring in Israel to protest against social inequalities and the high cost
of living. The authorities restricted it to an adult audience, fearing it
would strike an unwanted chord with the youth. Still, there is more to
it than such an amazing coincidence. Yaron (Yiftach Klein) is a member
of an elite antiterrorist section of the Israeli police, made up of tough
men who enjoy virile comradeship (such as during a barbecue party)
and an unfailing mutual loyalty (when faced with one member’s
illness). About to become a father, he is getting ready to welcome his
daughter by setting himself as a shield against a constant external
threat (which the film never shows). In the second part, a sudden
twist introduces Yaron and his virile armada to a different internal
reality, in the form of another group whose members are as brave as
they are inexperienced (sexually, emotionally, socially and politically
indeterminate). The mission will not leave Yaron unscathed. Navad
Lapid’s film is both powerful and bold. JB