Home > Films > In Search' of My Wife's Husband

In the city of Fes, Hadj Ahmed Ben Moussa, a rich jeweller, seems to be handling
harmonious relationships between bis three wives. His third wife, the mischievous
Houda, has already been repudiated twice by her own husband. Following a new
incident, he is led to repudiate her a third time and forces her to leave his house. But her husband, HadjAhmedBen Moussa, regrets his décision and goes to the judge for advice.
The judge tells him what he already knew : a wife who was repudiated three times cannot be taken back by her husband, unless she is married to another husband. After the other wives ask for her opinion, Houda agrees to Hadj Ahmed Ben Moussa’s search for a temporary husband who would unable him to have his repudiated wife back… 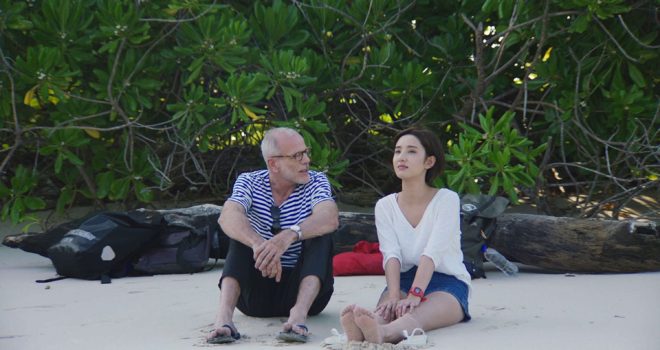 Three Adventures of Brooke
(Xingxidesanciqiyu)
by YUAN Qing
China, Malaysia — 2018
Un rêve est ce dont vous vous réveillez
(A dream is what you wake up from)
by Larry BULLARD
USA — 1979