The Tangiers Cinematheque project is the dream come true of a group of artists to show films hardly ever seen, not often screened in Morocco, films coming from faraway aesthetic and geographical horizons. But also the desire to preserve, keep track of and perpetuate these movies for the audience. After eight years of work (hard), the Tangiers Cinematheque exists, and opened its doors to the audience in 2007, in the Cinéma Rif the city’s mythical theater, that opened in 1938. Two screening rooms, a cinema library (the first of its kind Morocco), a data center, an editing room, a café, and films: multiple, heterogeneous, cinephile-driven that we dream of as wild and insatiable. But also a film-collection, composed for the most part of films from the Middle East and North Africa. Art pieces kept at the margin of distribution channels and for which we have paved the way that leads to its audience: shorts, documentaries, experimental films and author’s film, but also colonial and post-colonial archives, in an extensible family album living and nomadic héritage of our societies that we give life to in Tangiers, and also make them travel from Paris to Los Angeles via London and Seville.

Because the people attending the dark screening rooms are also tomorrow’s filmgoers and filmmakers, from the very beginning the Tangiers Cinematheque set-up an audience-friendly platform through specific actions: monthly film club screenings for children The Magic Lantern, encounters with major guest filmmakers and master classes, documentary workshops for the Tangiers-youth.

In response to the friendly and cordial invitation made to us by the Cinéma Katorza and Festival of Trois Continents, we are happy to propose an evening event featuring: Awakening by Mohamed Zineddaine (2004). It is a lonely film, not often seen, but that stands for one of the best Moroccan film productions and most unique and endearing films of these past ten years.

Throughout the evening, we hope that even for a few hours you will become a Tangiers-person in Nantes, as only the magic world of cinema can turn you into an “Olvidado” or the sister of a young “Oharu”, or even make you join the other passengers and stroll through the Cairo Central Station. 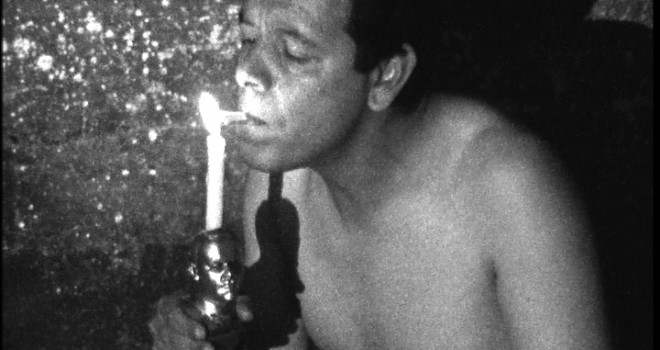