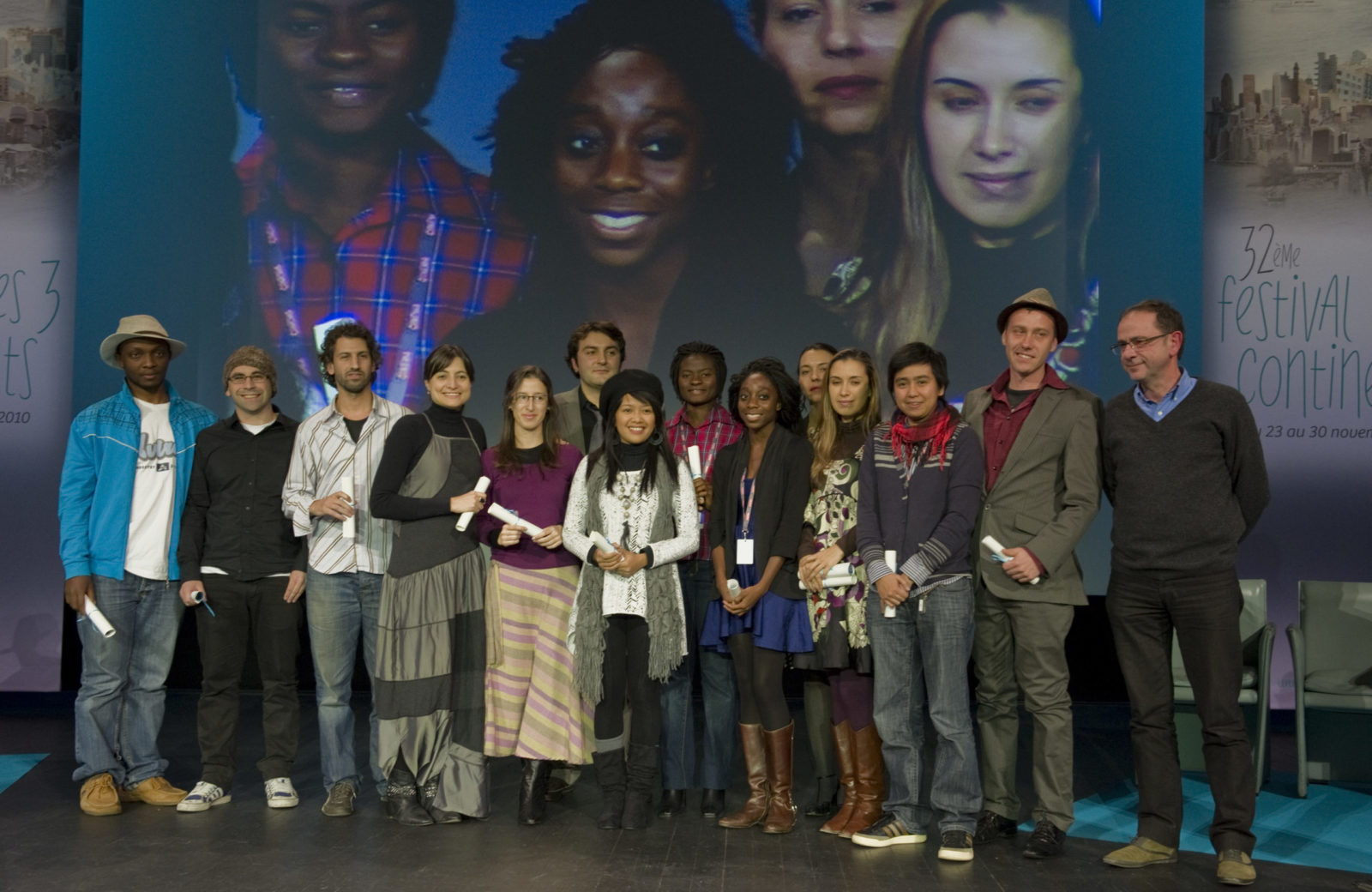 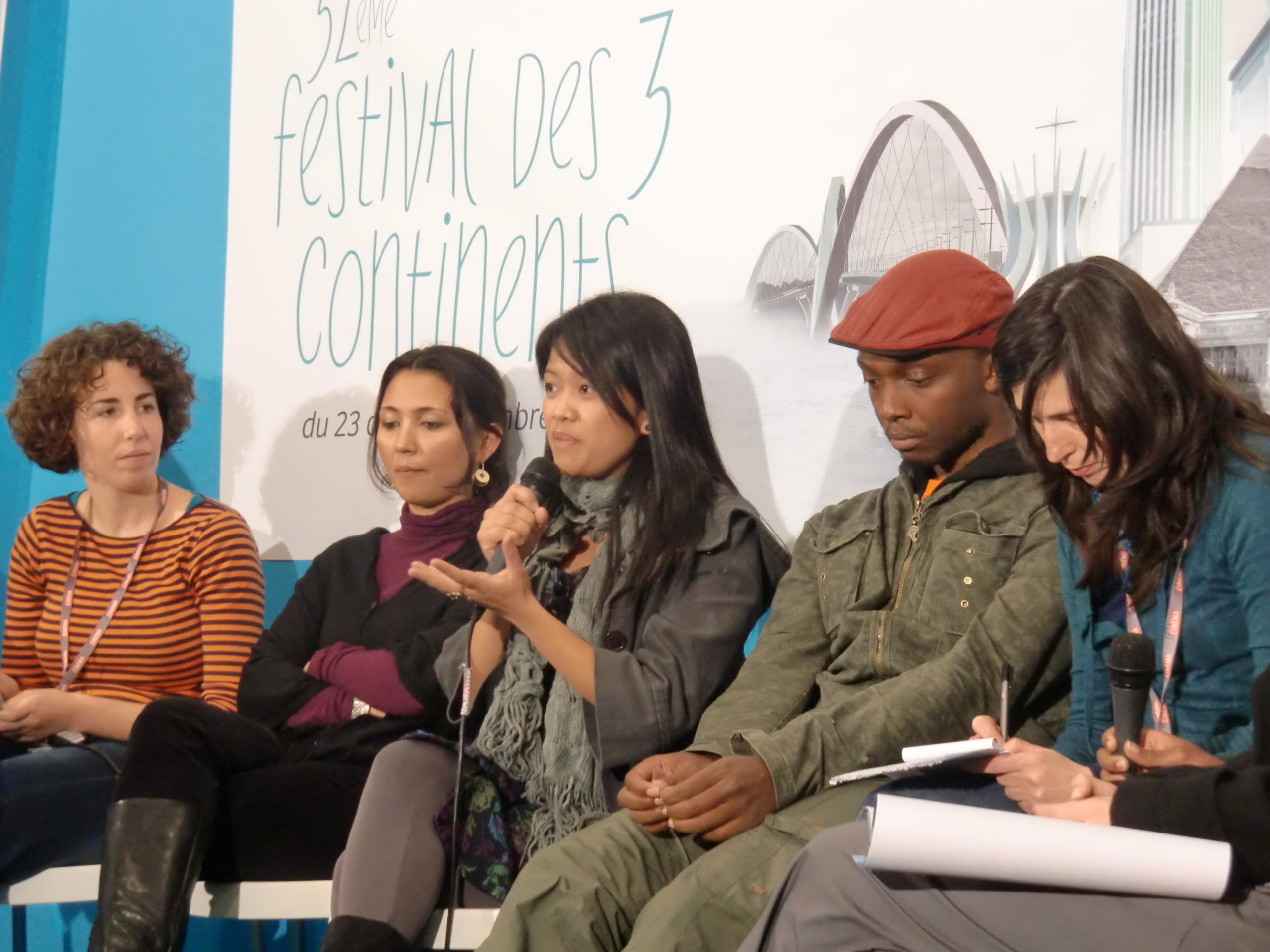 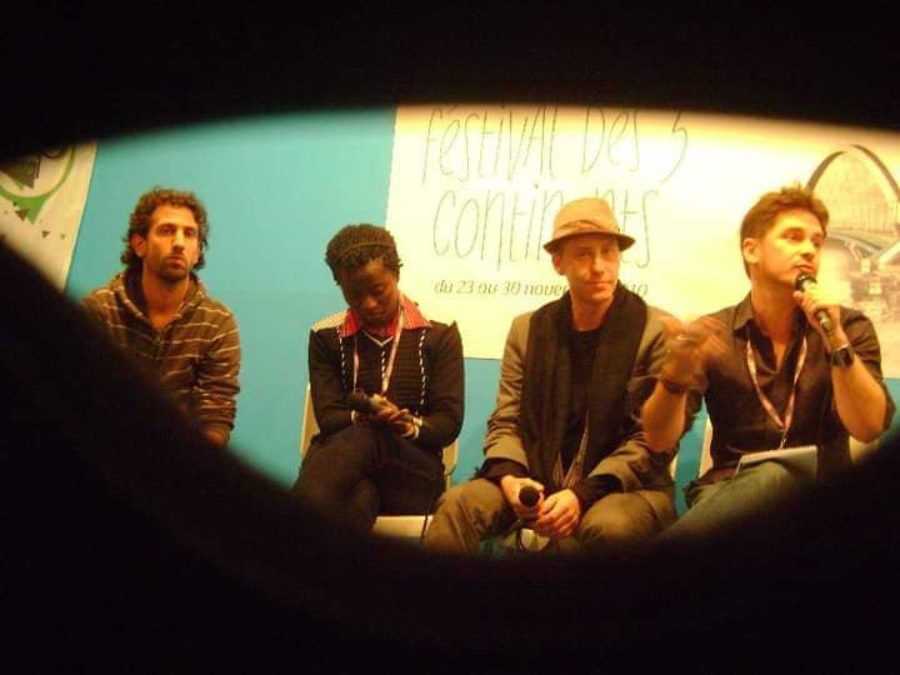 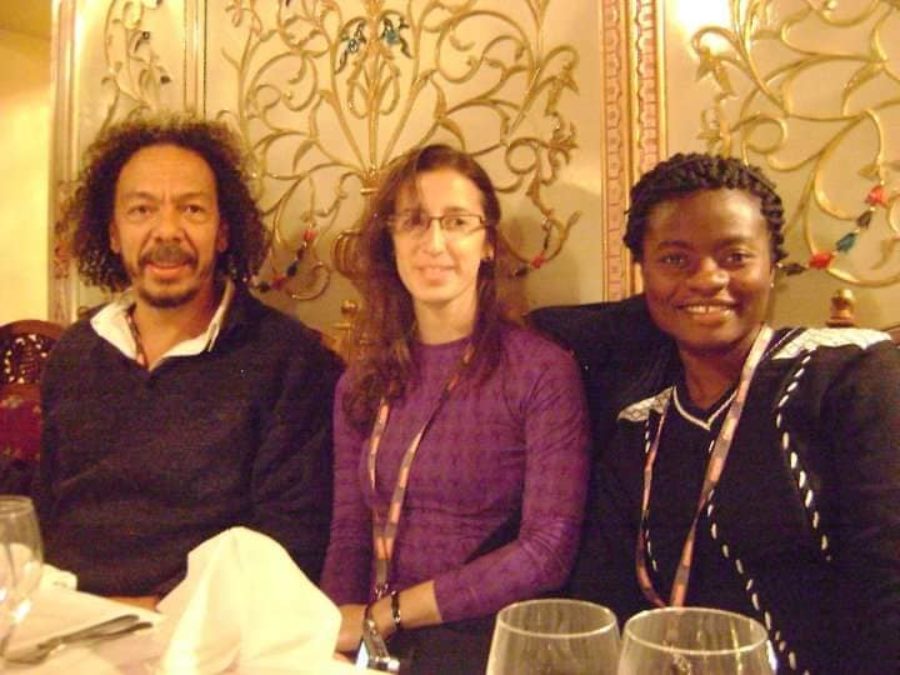 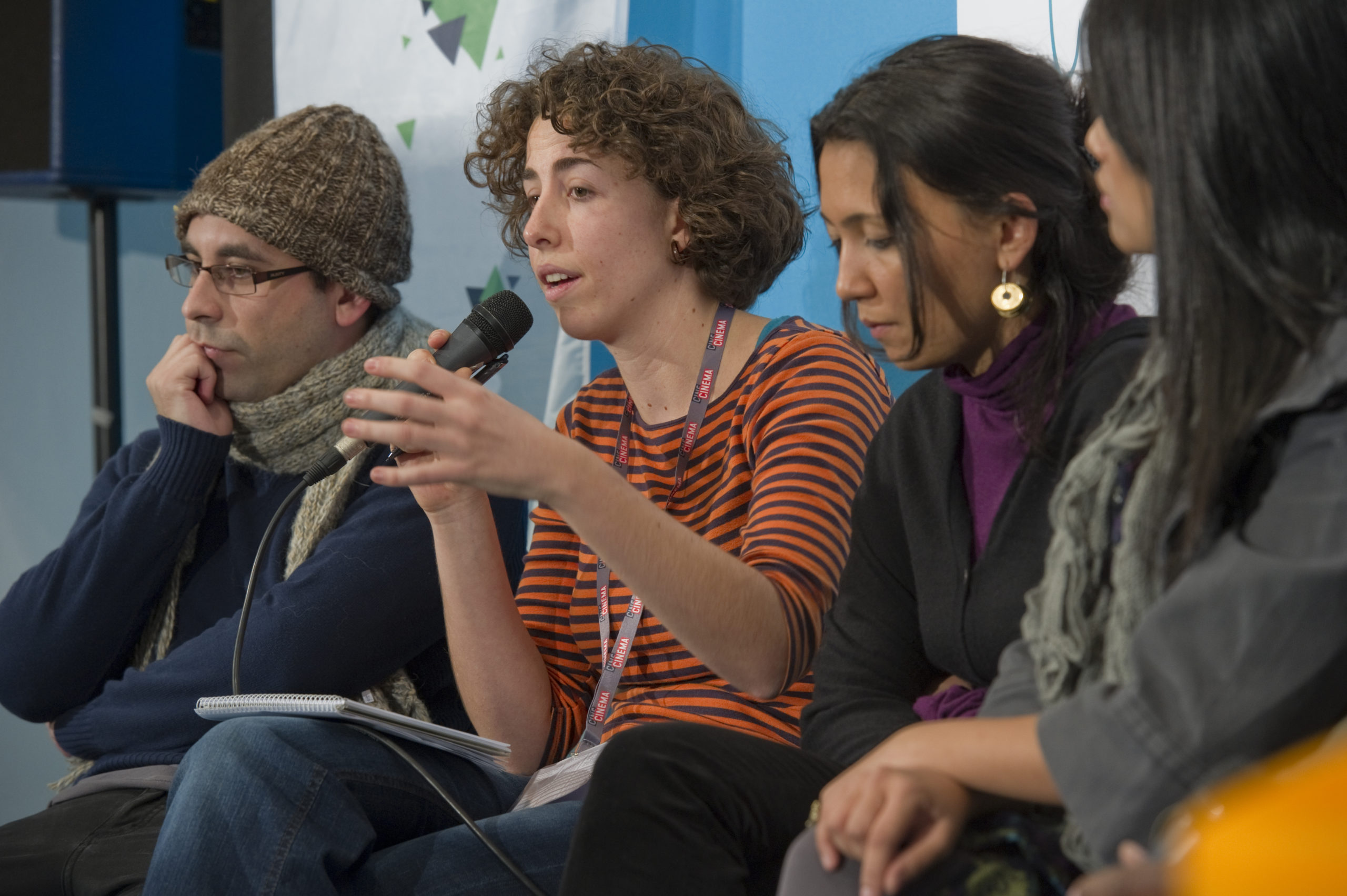 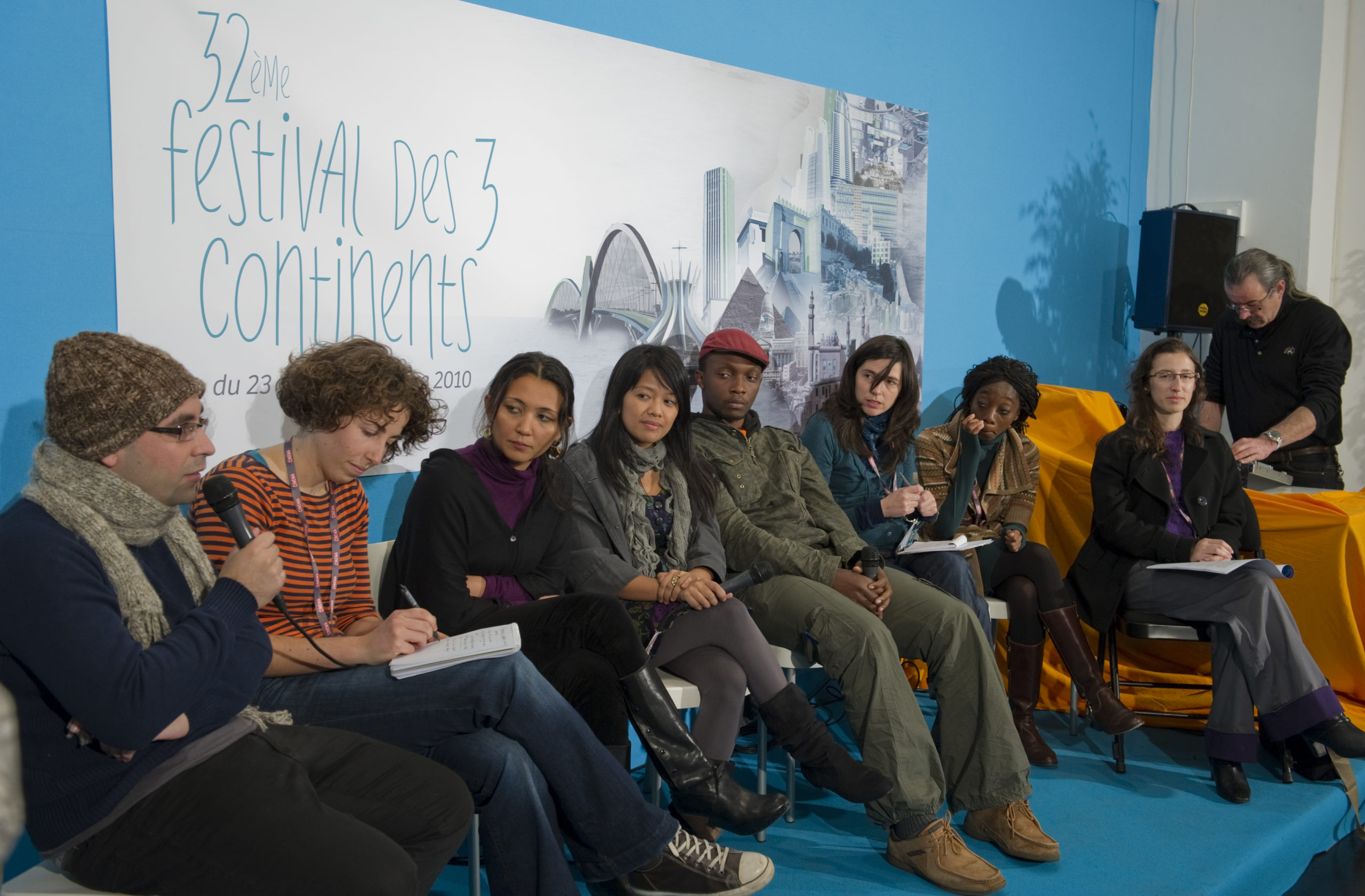 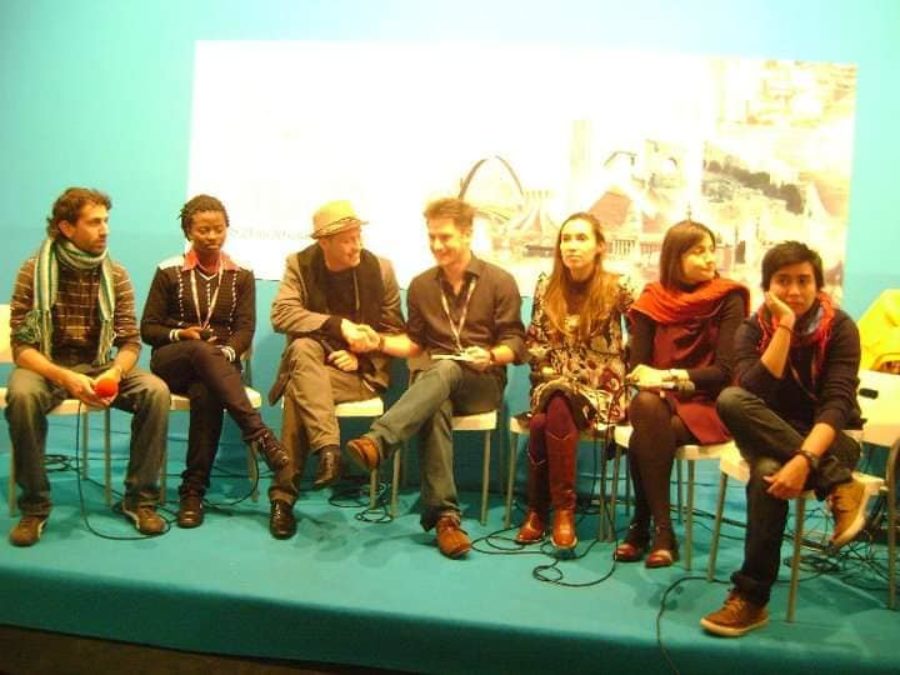 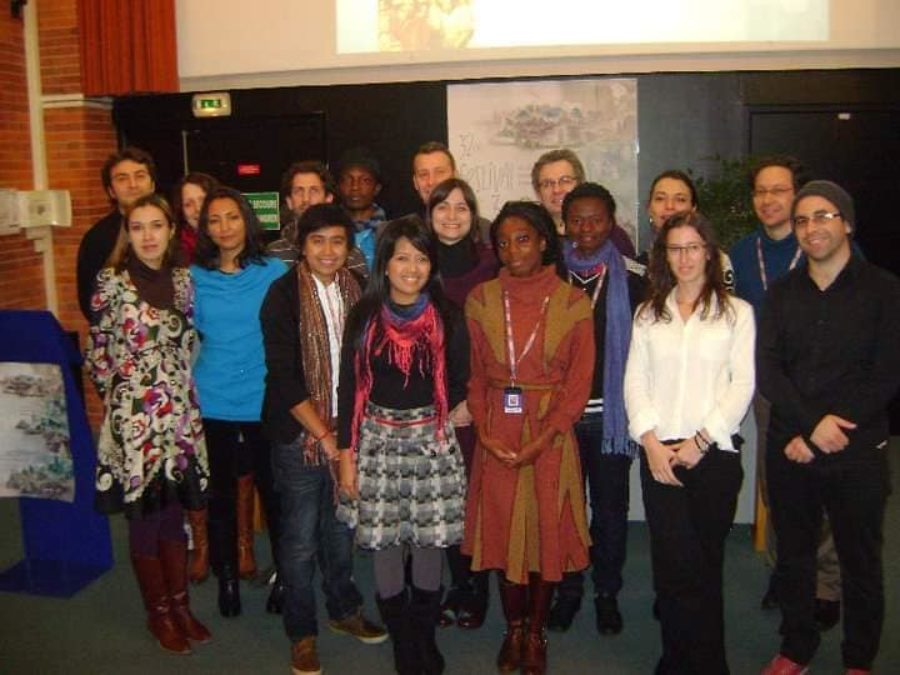 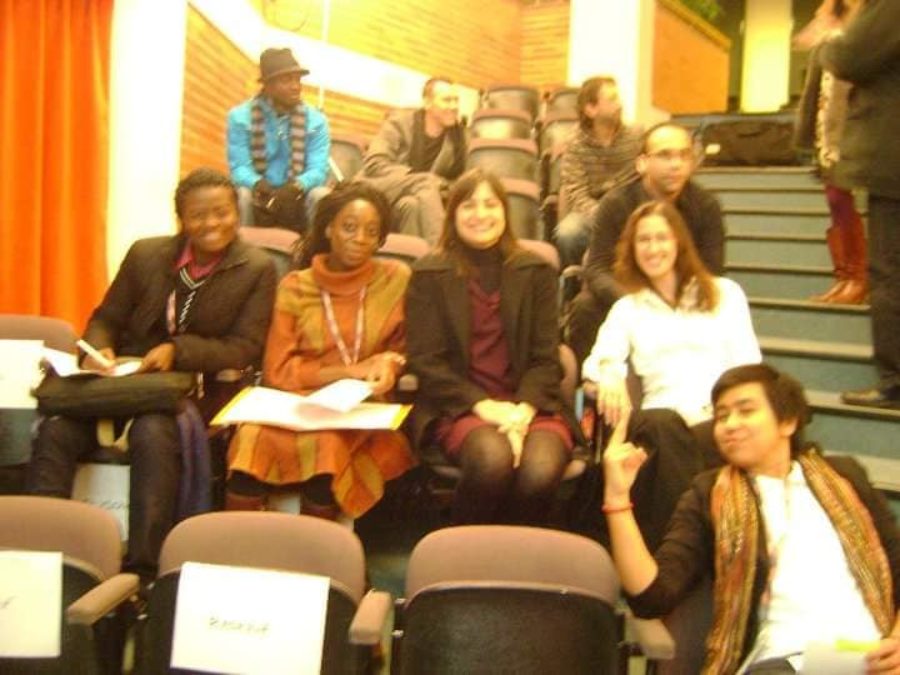 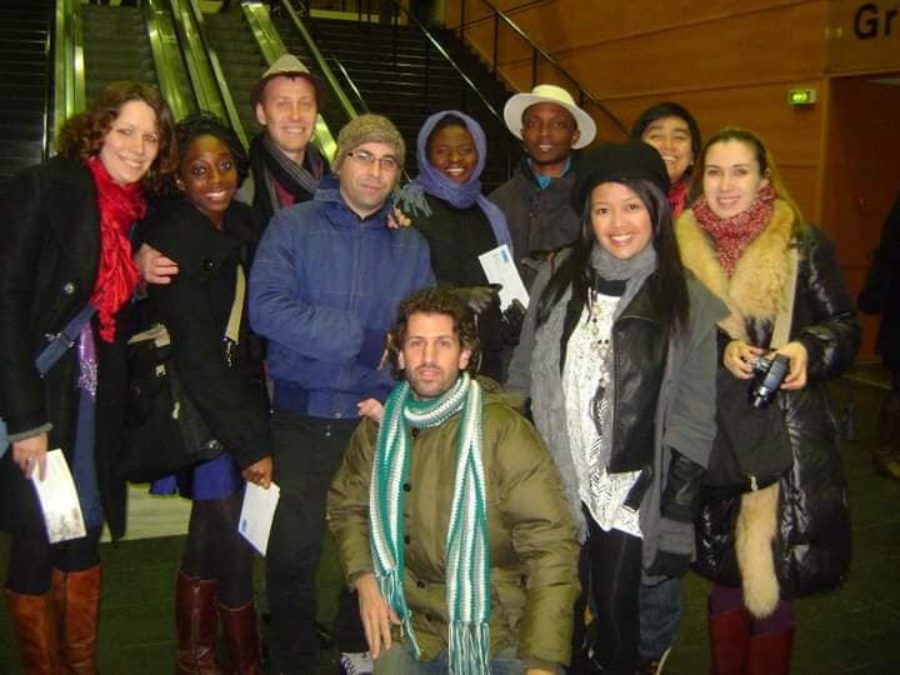 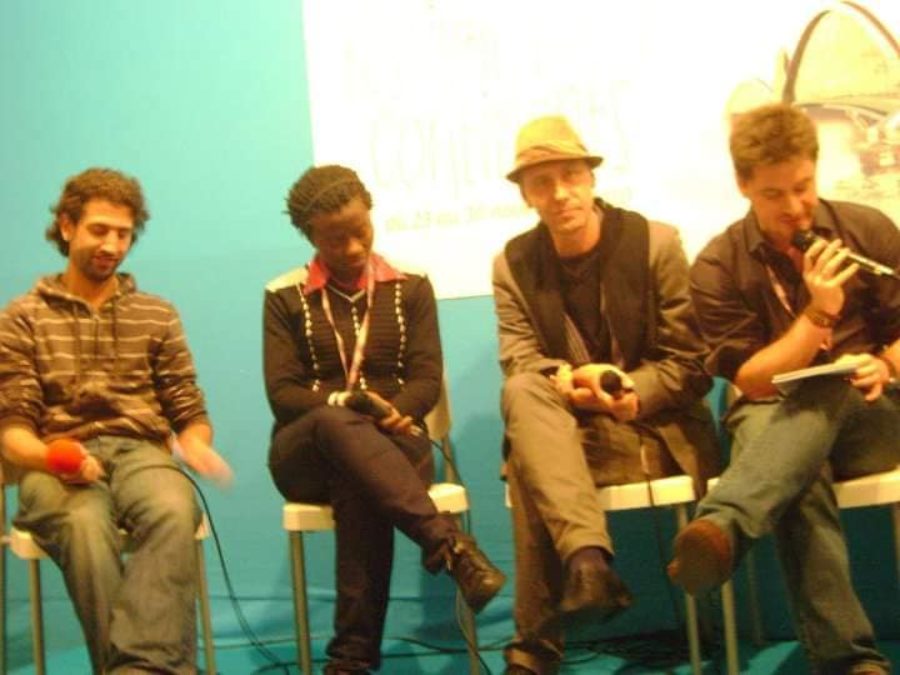 In 2000 for the first time, the Atelier Produire au Sud materializes in the 3 Continent’s program, during the one-week Festival. Following the example of the Festival’s singular political culture today acknowledged worldwide as a leading cinematographic showcase, the workshop is envisaged as another way to discover emerging filmmakers and encourage young producers from the « South » by developing their professional skills to produce from their own country, in co-production with European film and audiovisual actors. The workshops mission is not focused on films that have are already been shot, but to develop new projects in their primary scriptwriting stage, which is as we see it an even more radical way of identifying and contributing to the emergence of new 3 Continents cinematography trends.

The workshop is then named « vocational tool training platform for international co-productions ».

Produire au Sud quickly makes a stand on the international scene and benefits from lead professionals working for the international cinematographic industry and European scriptwriters that join-in, most of whom are still the active members of the workshop’s hardcore team. We would like to take this opportunity to thank warmly the long honor roll of vendors, distributors, festival directors, producers, filmmakers, institutional cinematographic or television fund raising managers, who have honored us by their presence during these last ten years, sharing and passing on their precious experience.

Over the last ten years and after nine editions in Nantes, the seminar, or professional platform, or the Produire au Sud workshop has become a place of expression and reception where any producer coming from Africa, Latin America or Asia will be able to find their place. Eager to learn how to manage international co-production tools, these producers are willing to face the imposing project pitching session, open to the public, practical case studies or individual scriptwriting consulting. Since the year 2000 nearly 150 projects have been selected and accompanied at the Nantes workshops, and since 2004, during our workshops abroad.

Apichatpong Weerasethakul (Blissfully Yours, seven years with Uncle Boonmee), Lucrecia Martel (La Niña Santa four years before La femme sans tête), Pablo Fendrick (La Sangre Brota), Pablo Stoll, Juan Pablo Rebella (Whisky) or Aaron Fernandez (Partes Usadas) are some of the filmmakers that have attended the workshop. Many other producers and filmmakers will benefit from this experience that will show the way to the screening of their upcoming films and hopefully every so often we will be able to see them at the Festival 3 Continents.

The 2010 selection will obviously highlight the range of new projects that the workshop would like to accompany all the way through to the theaters and to their audiences. It also needs to adapt its contents, at a time when global production issues are becoming more complex, changing and to a greater extent in benefit of the 3 continents territories. 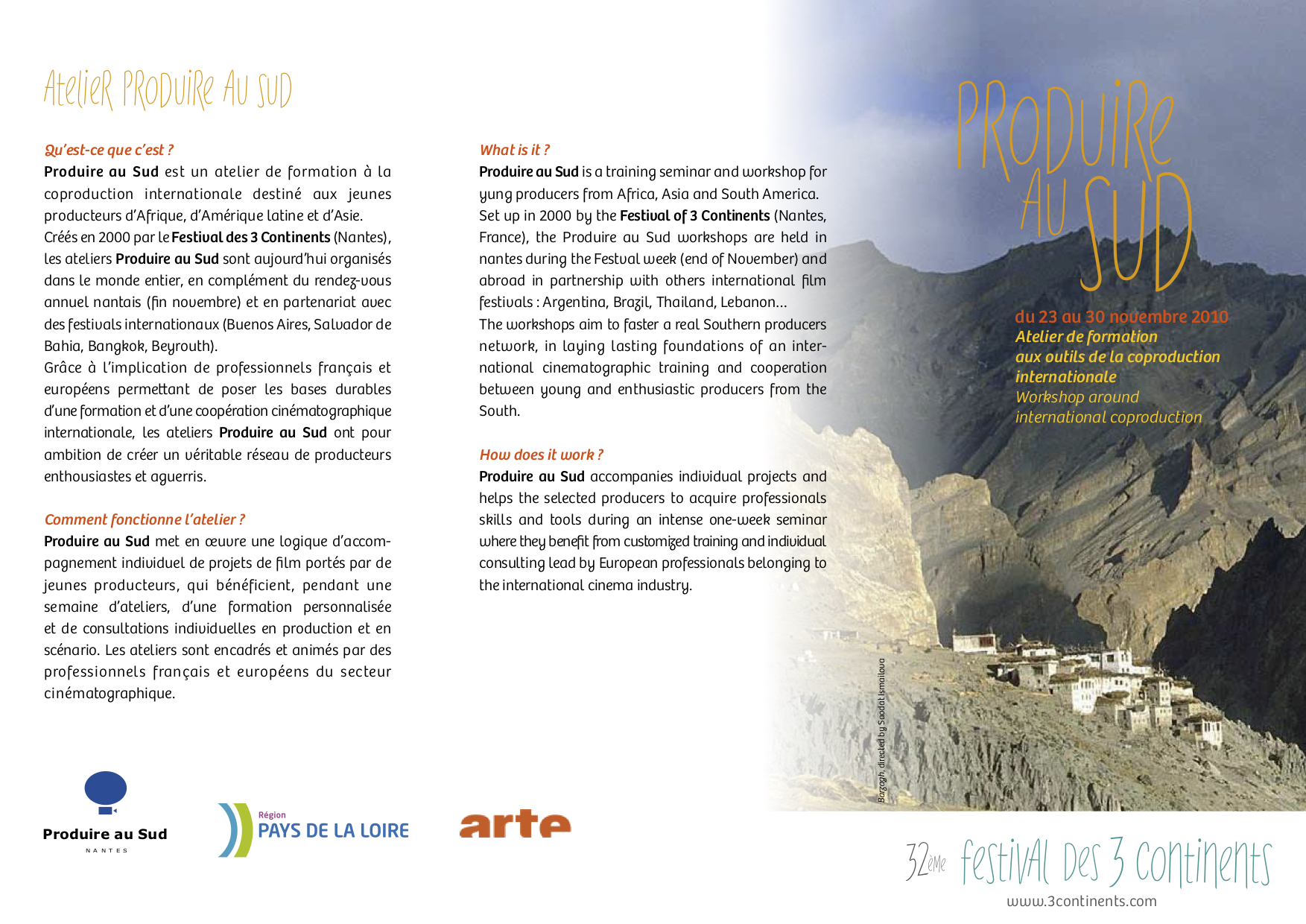