John Trengove grew up in Johannesburg, South Africa, and has lived in Cape Town and New York, where he completed a Masters in filmmaking at NYU. His career spans theatre, television, documentary, commercials and experimental film. His groundbreaking mini-series, Hopeville garnered much critical acclaim and several international awards including the Swiss Rose d’Or for the best drama and an International Emmy nomination for the best mini-series. He is currently developing a feature film, The Wound, about traditional male circumcision rituals in the Eastern Cape. John directs theatre in his spare time and is a member of the art collective Against Jealousy. 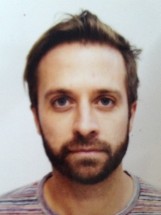 The Wound
(Inxeba)
by John TRENGOVE