Born in Buenos Aires, Argentina in 1982. Studied in Universidad del cine where he is now professor and programmer of the cine-club.

He was asistant director in shortfilms and feature films. In 2006 he was one of the eleven directors in the colective feature “A propósito de Buenos Aires”/ “Regarding Buenos Aires” and in 2007 he screened his first feature “El hombre robado”/ “The stolen man” winning the best new director award in Las Palmas Film Festival and the best film in JeonJu International Film Festival. In 2009, he finished his second feature “Todos mienten”/ “They all lie”. 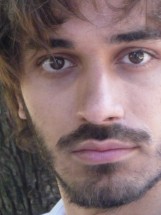 They All lie
(Todos Mienten)
by Matías PIÑEIRO