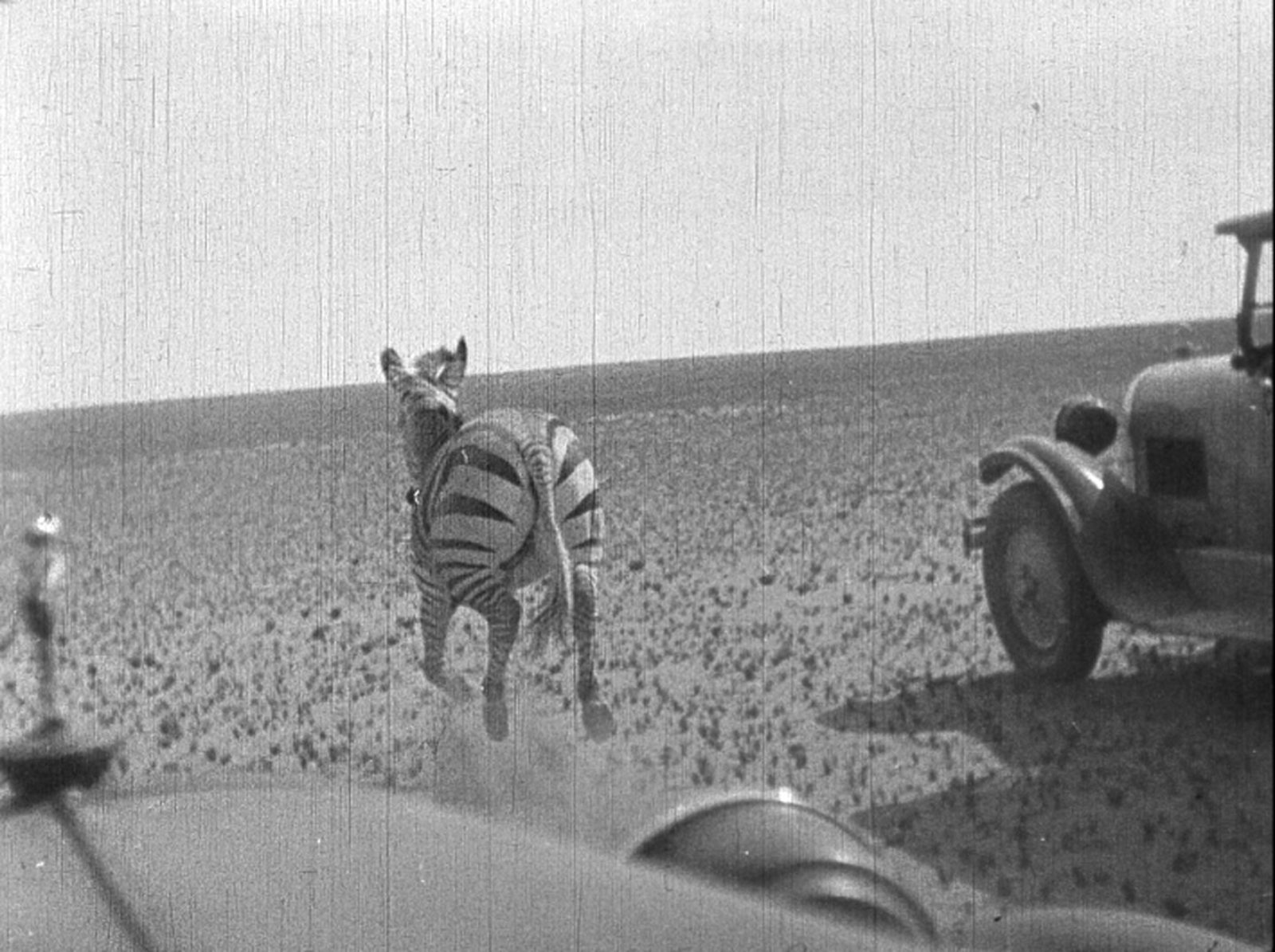 Are we guided by a fetish for things left over from ages past, or else do these invite us more fundamentally to examine the reality of our memories, be they individual, collective or imaginary? And on this basis, to better understand what we have become in the present? Here, we invite the spectator to plunge into this dynamic on a voyage through three short films made in the last decade by artists that have an inclination for archive material, each in their own way. In The Dockworker’s Dream, American Bill Morrison invites us to (literally) navigate through the flow of archival images from the Portuguese Film Library. Edited, revisited and accompanied by a sound track by Kurt Wagner, leader of the Lambchop band, the images construct a journey that distantly echoes the spirit of the Discoveries: sailing up the River Douro, wandering through the streets of Porto, its factories, its dockyards, to reach the broad horizon of the African continent. Starting with 8 mm films shot in the Mozambican province by his father, the artist Manuel Santos Maia places us in front of Alheava_Filme as listeners discovering the images of a film whose story they already know. A trajectory narrated in the first person by his grandfather, a “retornado” (returnee) – the intended aim being to revealing, at the intersection of the spoken word and the image, the reality of an alienation that creates a reciprocity between colonisation and decolonisation. Soldier Playing With Dead Lizard is a sequence realised from a collection of war photos taken between 1973 and 1974 by a soldier in the Portuguese colonial army posted in Guinea-Bissau. Daniel Barroca combines these images, found in the bric-a-brac of a flea market, with a sound recording of the same epoch from his own family. The attention exclusively focused on detail shots pushes our sensorial perception to its limits, as if we were ourselves a zoom lens. The more the size of the images and the sound levels are amplified, the less certain we are of grasping and understanding them. In other words: what projections are we capable of making in the space that separates the moment that matter was filmed from the moment that we discover it? What substance is a real encounter with the “other” made of? A.R.