Home > Films > The Battle for Banaras 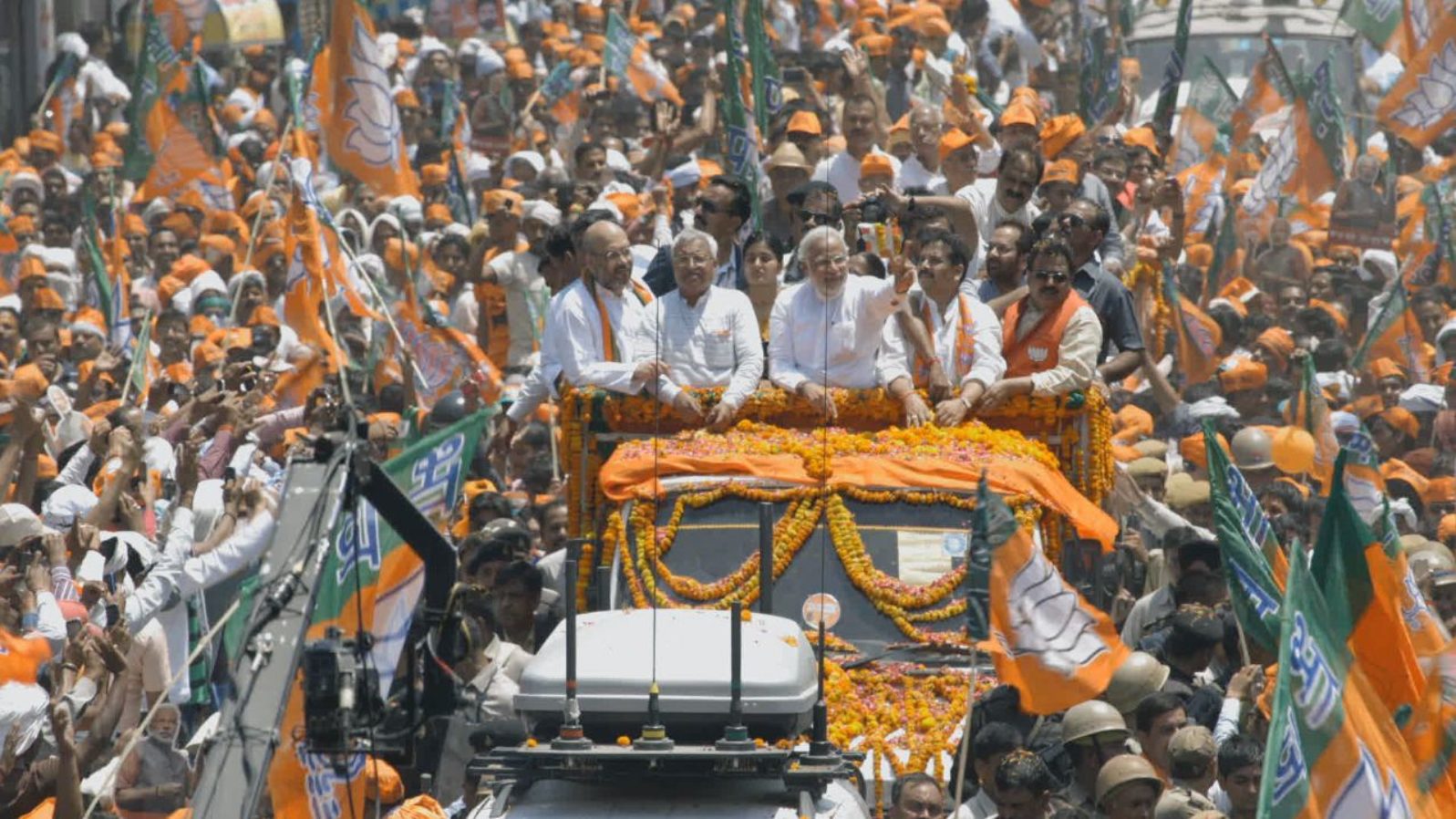 May 2014, at the height of the election campaign in the holy city of Banaras, which finally carried the current Prime Minister Nahendra Modi and his right-wing party, the BJP, to victory. Inspired by Elias Canetti’s Crowds and Power, Kamal Swaroop questions whether the keys to understanding Indian democracy are to be found in the size and diversity of the movements of its crowds. How to film and reflect on the interactions between the enthusiasm of rallies and spontaneous demonstrations, and the religious, ritualised and timeless hallmarks of the Shiva Festival and the Ganga funeral pyres? Judged inflammatory, the film was banned by the Indian Censor Board. JB