A jeep rolls slowly across the marketplace in the centre of Maputo. Behind the wheel sits a middle-aged man named Rui Pedro, who seems quite unperturbed by the goings-on around him. He drives on through the town, leaving the suburbs behind him until he reaches a lonely road which penetrates further into the bush. Stopping at some burnt-out houses, he gets out and walks down to the river. As he looks out onto the water, his mind wanders back to his childhood…

14-year-old Rui is the son of Portuguese parents; he stands on the banks of the Pungue just as a ferry is ploughing its way majestically across the river. Rui Pedro goes over to the ferryman, an old African named Jacopo, and they exchange a warm greeting. Jacopo is more than just a friend to the boy — he is his African father’, for it was Jacopo who taught Rui Pedro to respect nature and African culture… 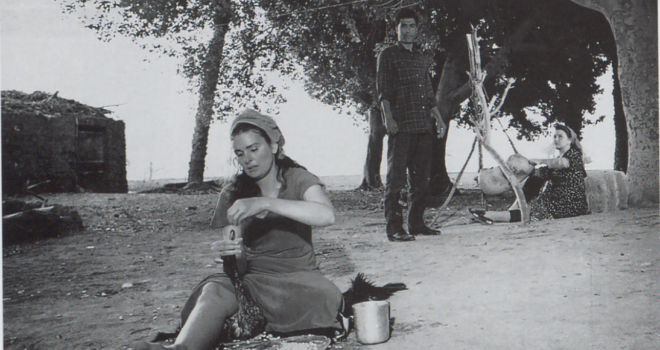