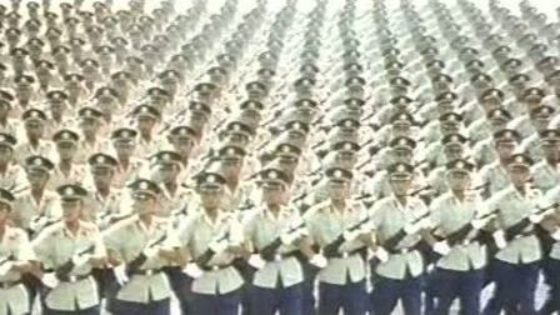 Six soldiers from an airforce division undergo a gruelling training program for the military parade on the Chinese national holiday. During the various ordeals of the training, the men are confronted with the problems of the individual’s relationship to the group and the general relationship of man to society in an everchanging world. The story of these six men who include an ex-soldier, a young man from the city, and a young peasant shows the diversity of the Chinese population. But on October 2, 1984, the national holiday, all of China seems to march ceremoniously onto the Tian An Men square.