At her grandmother’s house, Camilla is talking with other people about the possibility of emigrating, which is what many other Jews from Ouzbékistan have already done. Camilla’s mother is on a business trip and the 20-year-old girl is alone in Tashkent. On the street, a man fires a pistol. Camilla and a girl-friend take shelter under a bus, then in the car of a young upstart who invites them to a restaurant. There Camilla sees her fiancé chatting up other women. She is seduced by the upstart and then becomes pregnant. Camilla asks her neighbour, a gynaecologist, to help her have an abortion. The doctor refuses, thinking abortion is despicable. Later, the young woman has a falling out with her fiancé and attempts to commit suicide. Her mother cornes back from her trip and finds her house in chaos and her daughter in deep distress. Camilla ends up marrying the gynaecologist. On her wedding night, she realises she doesn’t love her husband and longs for her previous boy-friend. The latter bas started a new life but is hardly happier than her. 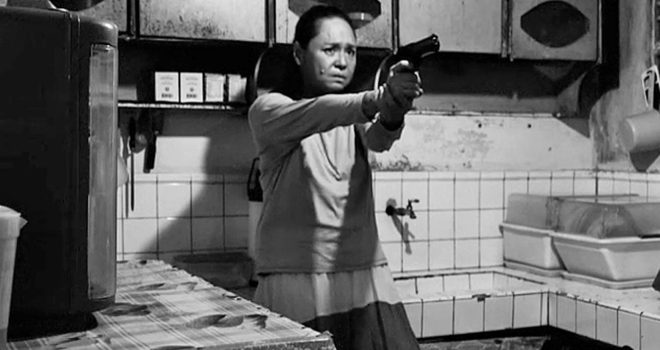