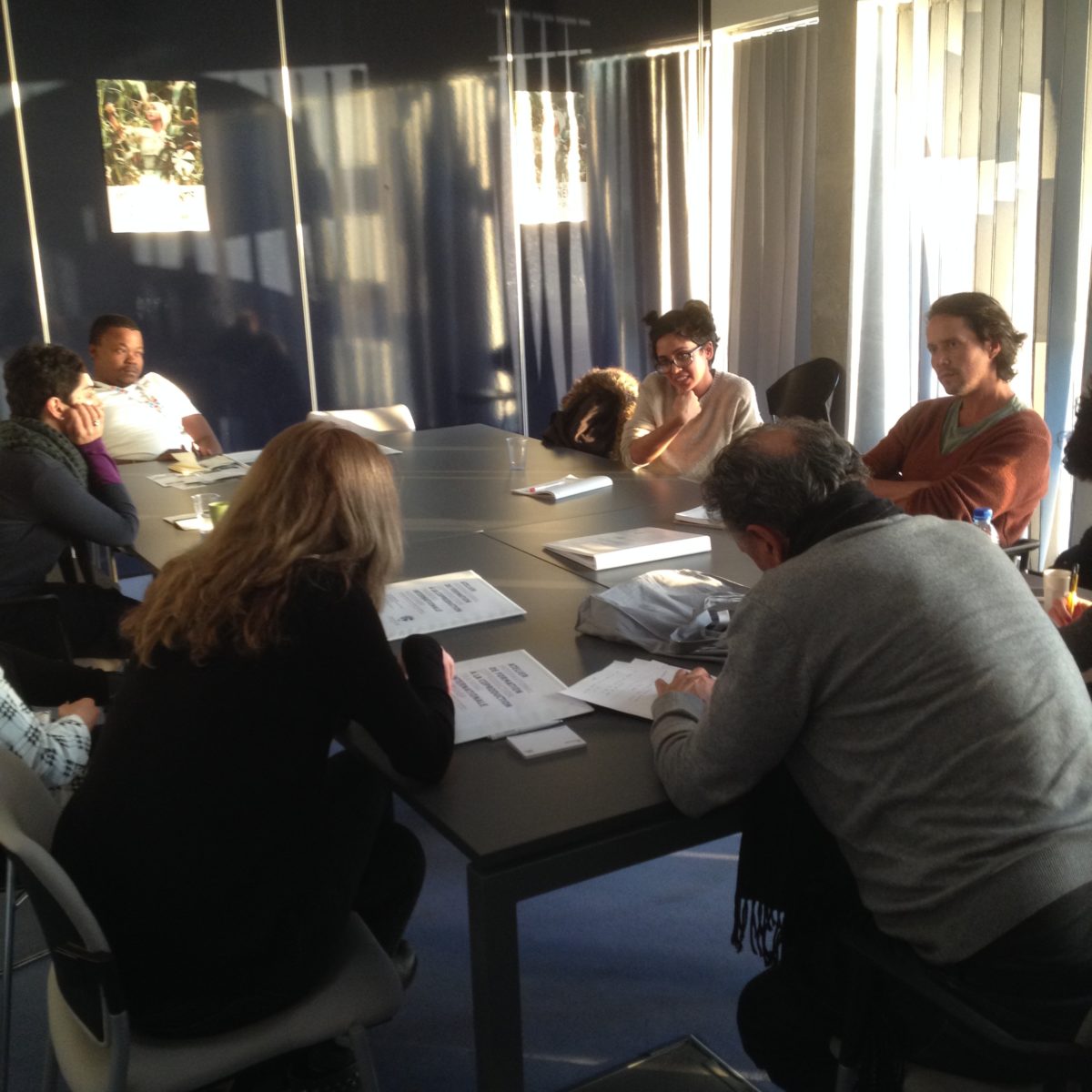 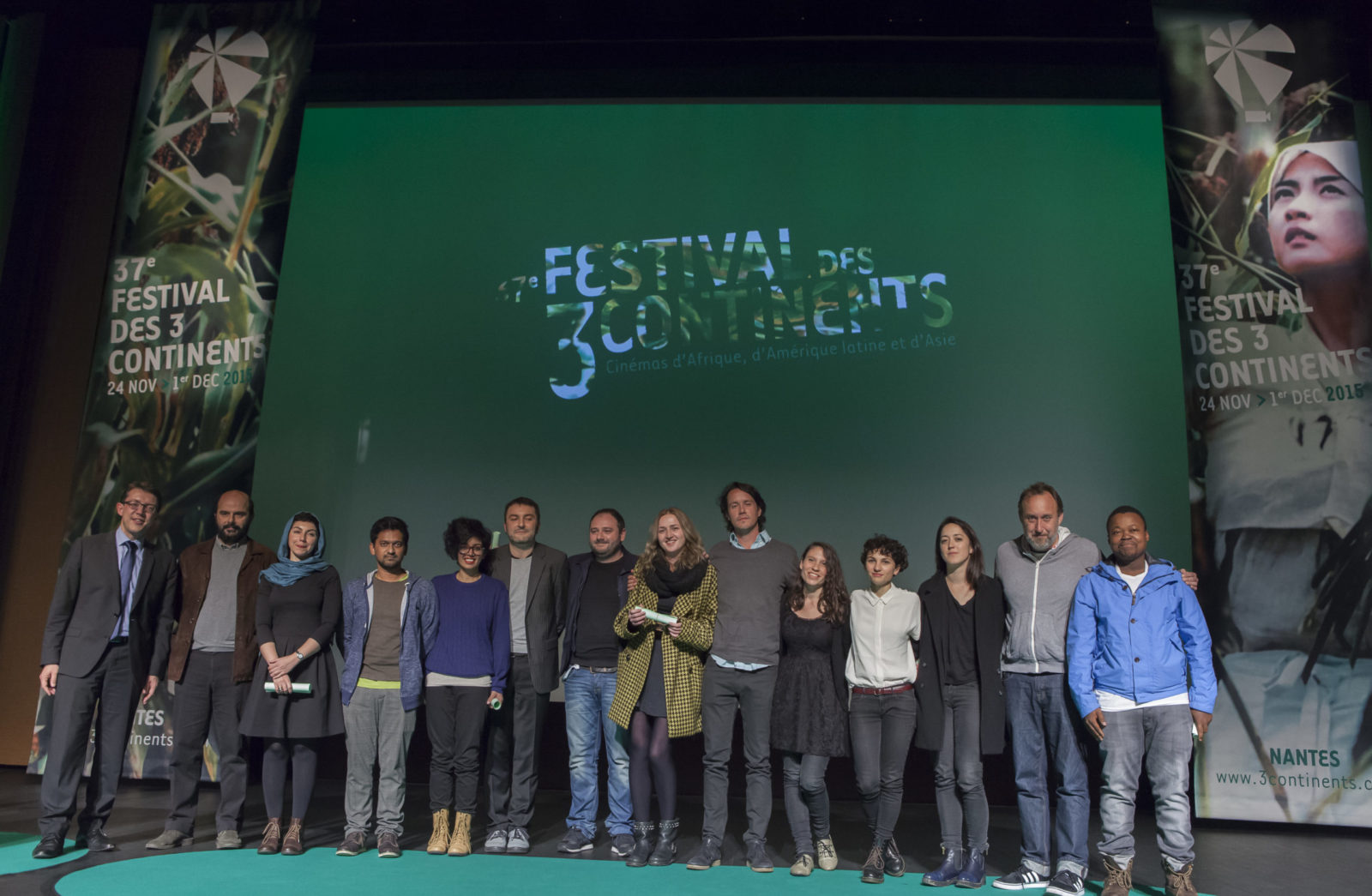 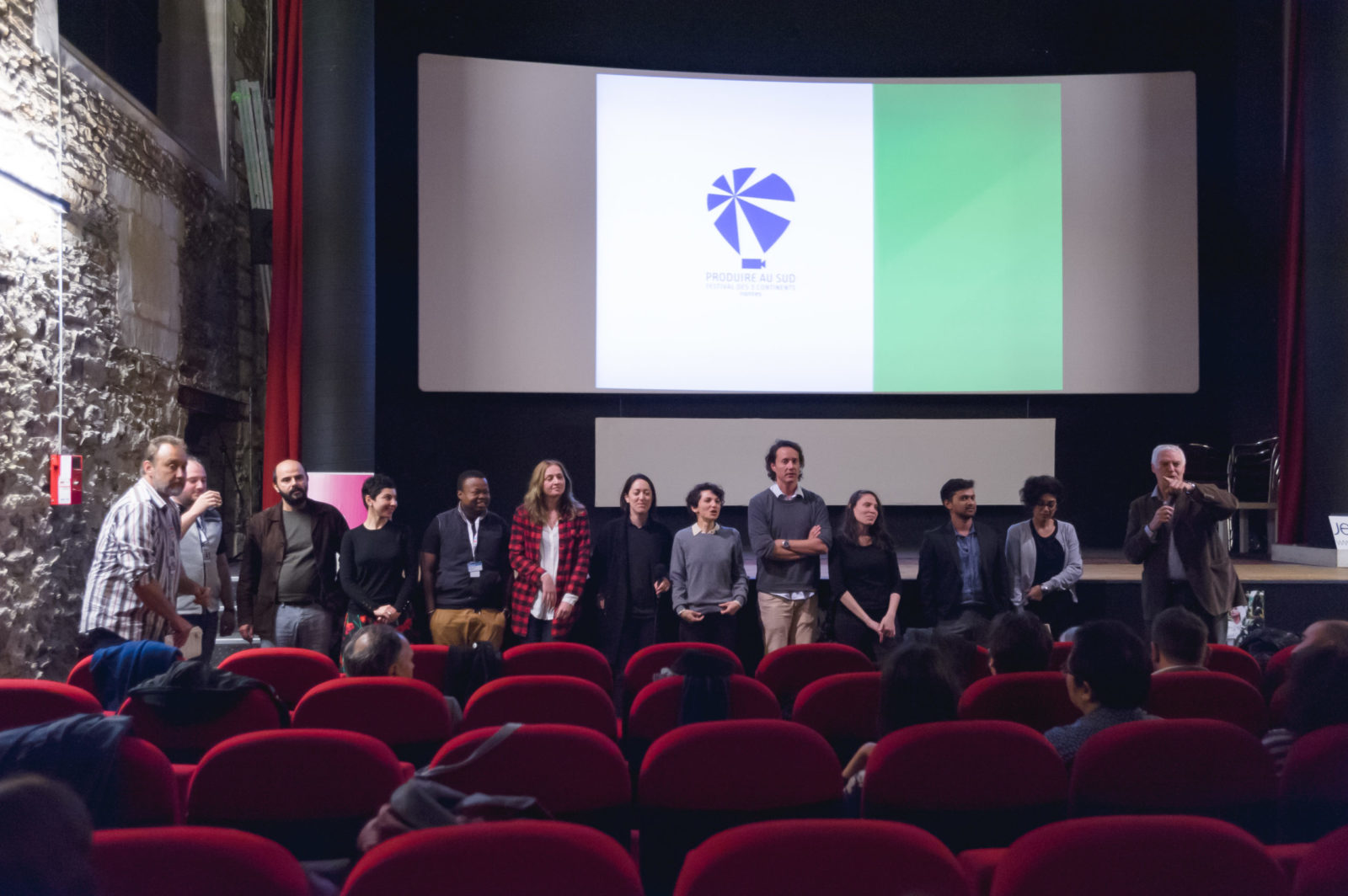 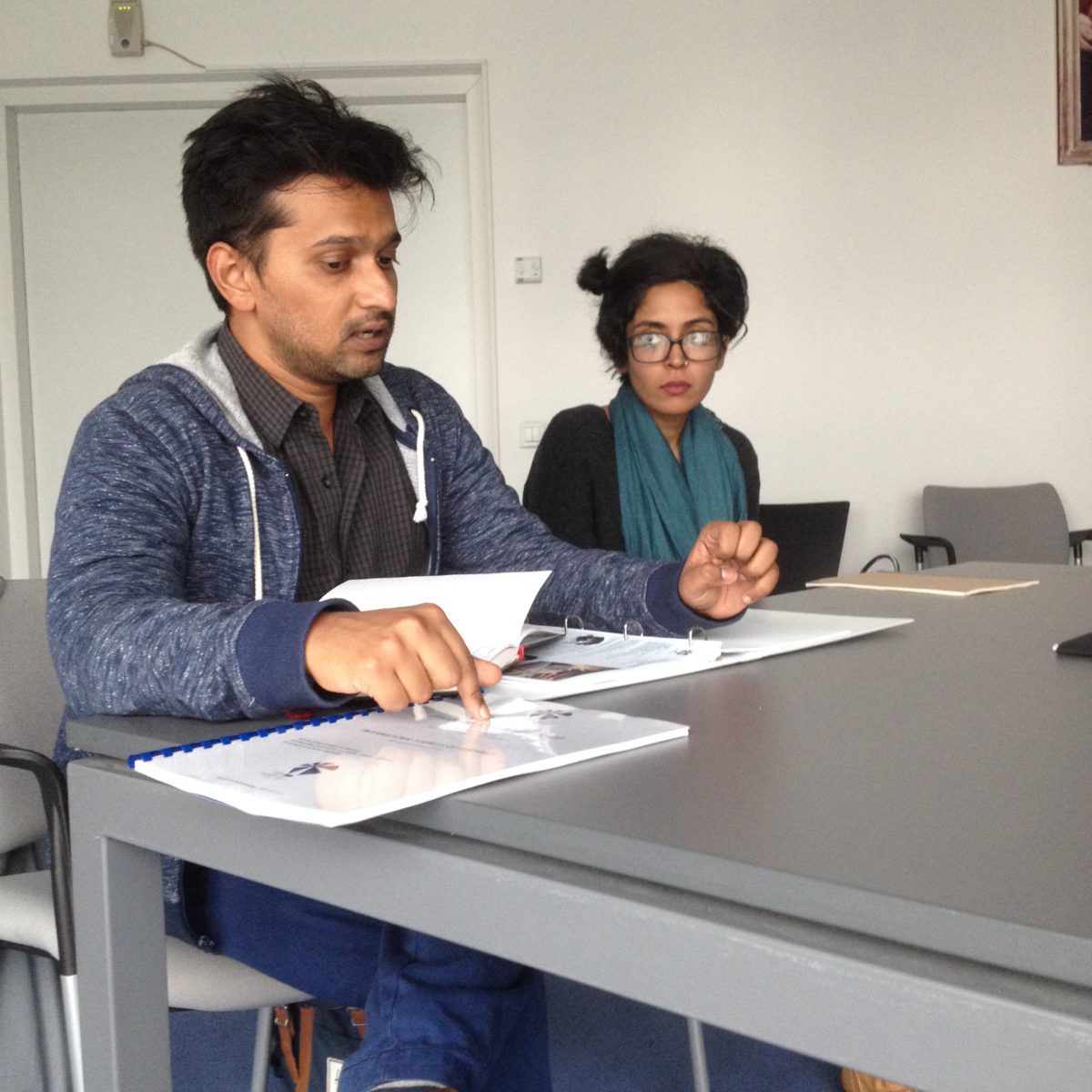 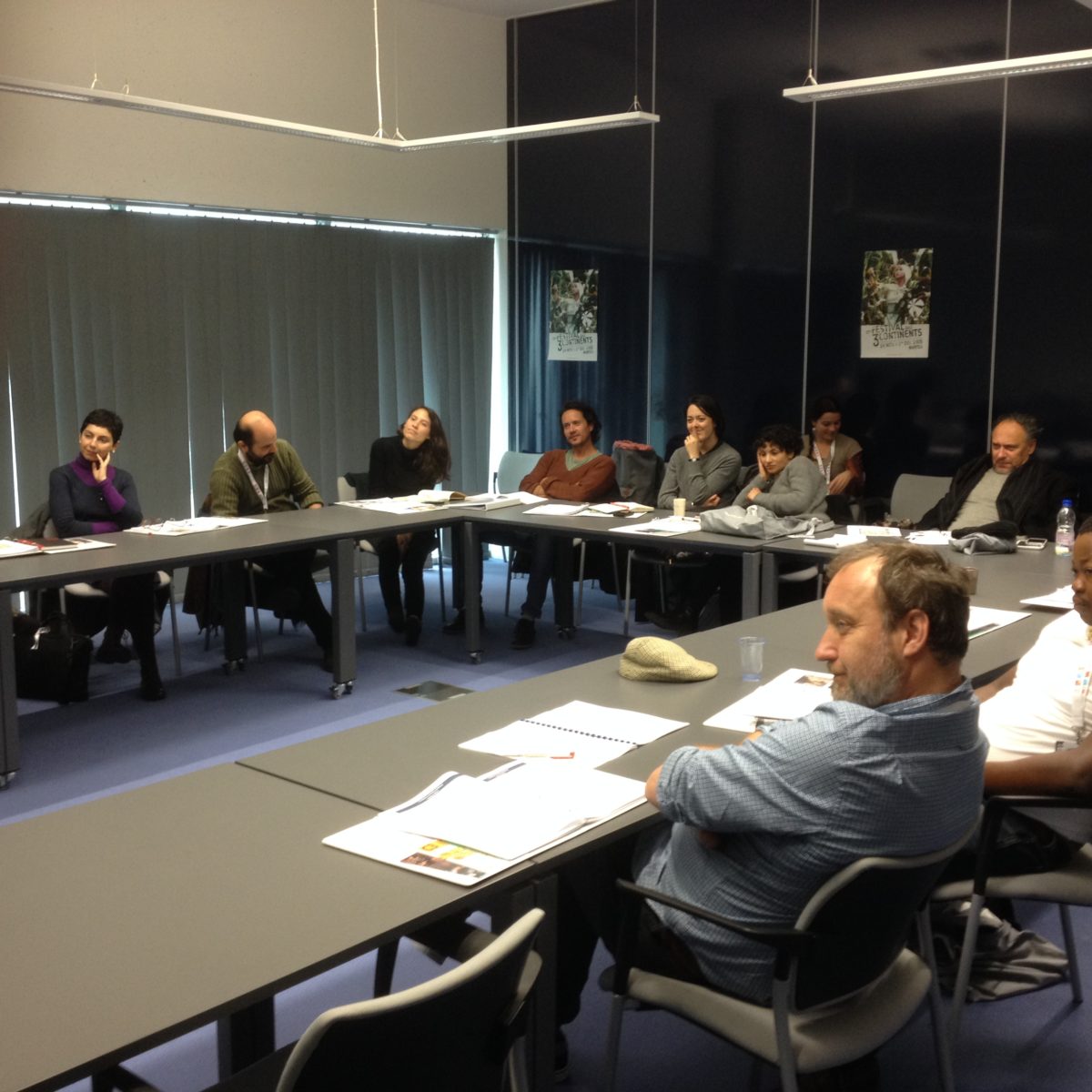 Always eager to further the discovery of films across the 3 Continents and identify young international talents, the Produire au Sud Workshop is pursuing its mission as vanguard and supporter of a young international cinema. As a fruitful 2015 comes to a close, the workshop is offering an even broader spectrum of viewpoints on the film industry worldwide.

The latest development for the Nantes workshop has been to pinpoint Taiwan as a new terrain of exploration. It was only natural for Produire au Sud to return to a country that the 3 Continents Festival had helped to bring to light through the masterpieces of Edward Yang, Hou Hsia-hsien and Tsaï Ming-liang. The nascent but already promising partnership with the Taipei Film Festival has brought a selection for the first Taipei workshop that reflects a broad panel of local dynamics. The fact that some projects have called on a collaboration with neighbouring countries such as Malaysia, the Philippines or South Korea concurs with what the Workshop has observed regarding the dynamics of regional coproduction to be encouraged. An exciting workshop, a partnership to be followed.

Although the three past years have seen a strong take-off of Produire au Sud workshops abroad, this should not overshadow the ever-growing appeal of the Nantes edition. This 2015 episode marks the 15th anniversary of Produire au Sud. Since 2000, the workshop has hosted 109 feature-length projects, 55 of which have been completed and diffused by the international industry; this success in numbers, heightened by the ever larger number of candidates (210 in 2015 alone), undoubtedly stems from the combined effects of the continuing loyalty of the European trainers who are industry professionals, a constantly honed expertise on the disparities and stakes of international coproduction, and the workshop’s evolving content, which is underpinned by on-the-ground experience. Over its fifteen years, the workshop has tried out several formats that have now crystallised into a single offering worldwide: six projects are selected for each workshop, where exchange and personalised responses are encouraged, with individual follow-up for the producers and a seven-day programme with a strong focus on public pitching.

Thepitching session, or the art of convincing potential financiers, will be held in public at the Cinématographe, Friday 27 November from 11am to 1pm.

In this anniversary edition, curious festival-goers will have the chance to discover twelve new talents of tomorrow, from South Africa, Chile, Costa Rica, Georgia, India and Iran. 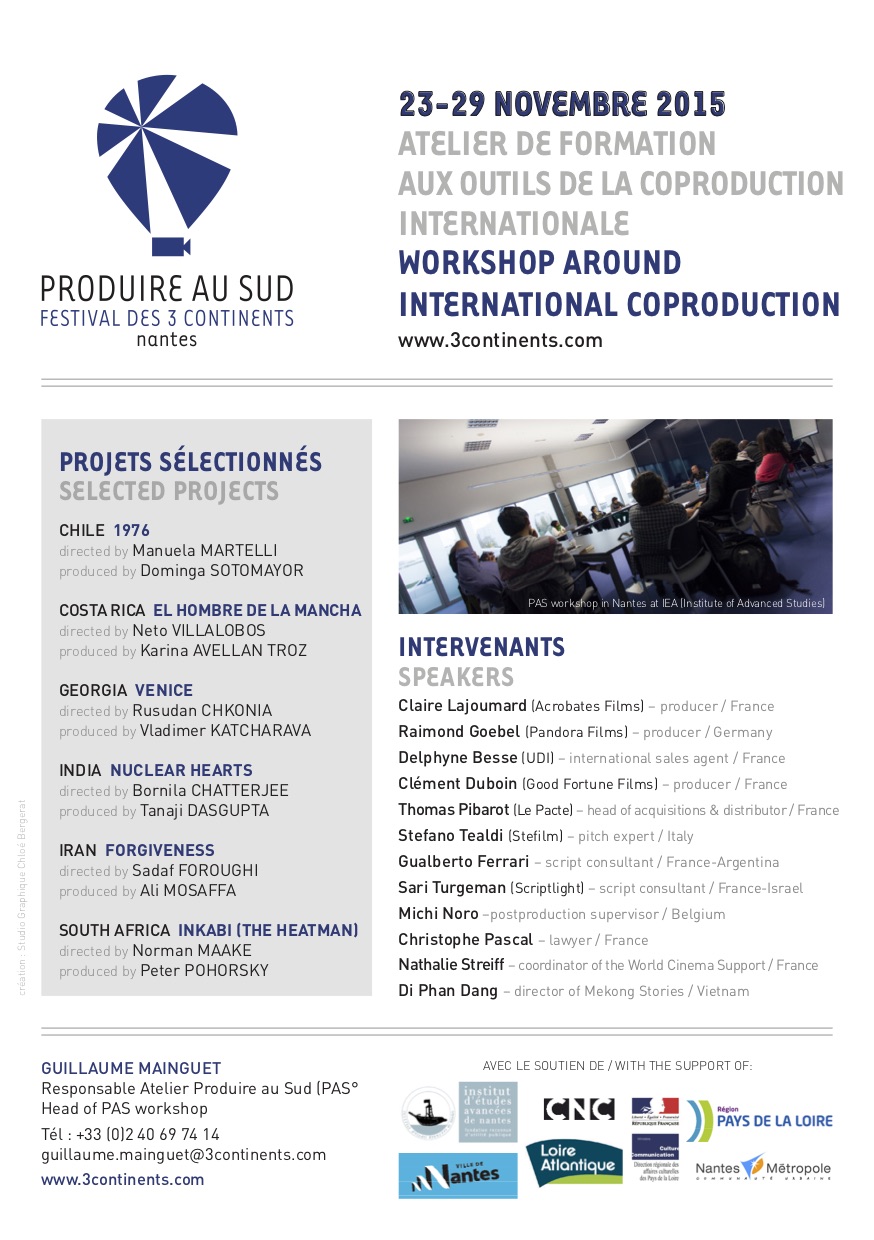