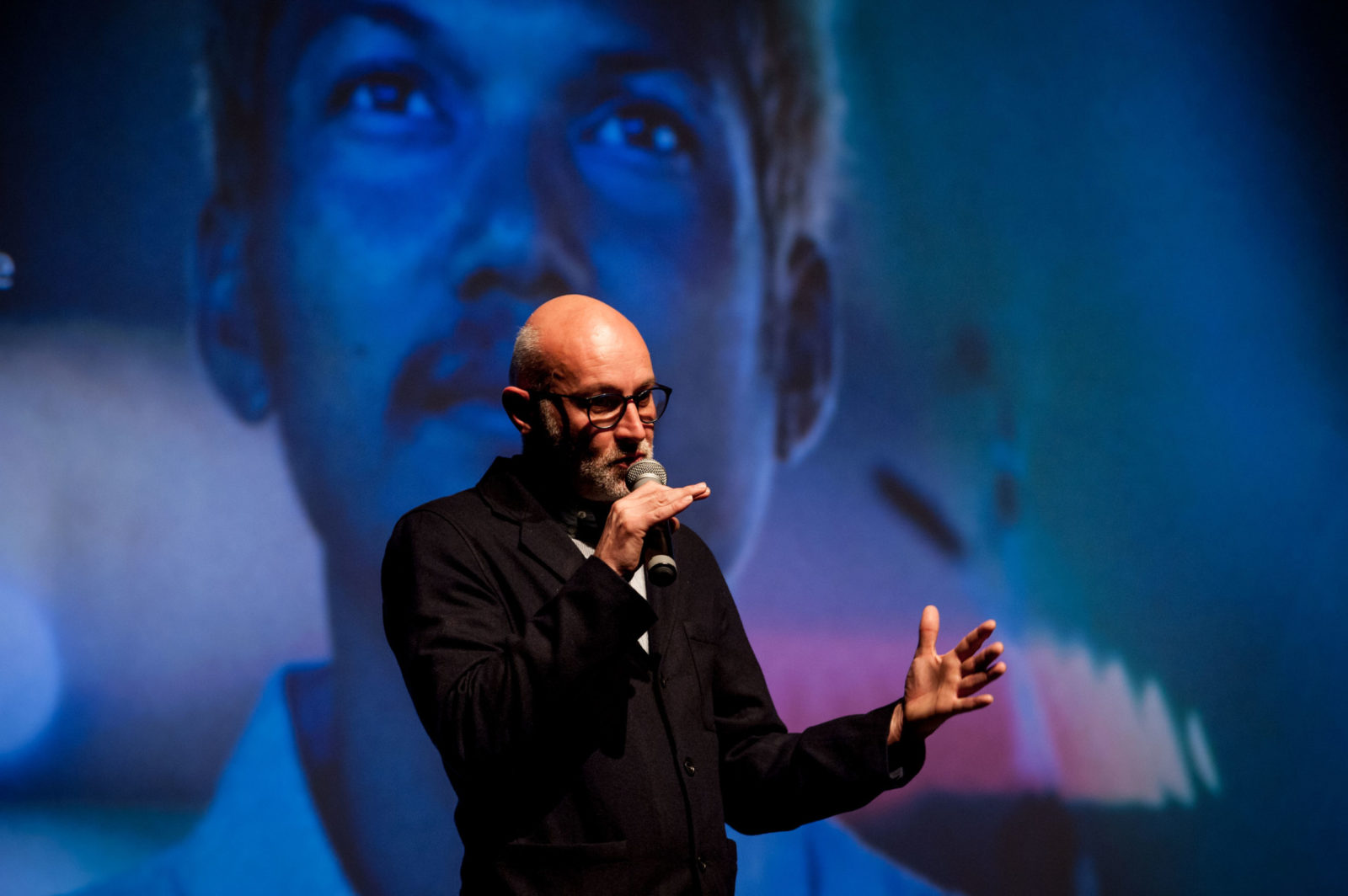 Jérôme Baron is born in Nantes in 1970. After studying cinema at Paris VIII and Paris III Universities (doctoral studies) and a Master’s degree in Civilisation at Nantes University, he taught documentary film aesthetics and directing at the Master’s degree in creative documentaries at the University of Poitiers from 1998 to 2007, and since 2001, the history of cinema in the Ciné-Sup preparatory class at the Lycée Guist’hau.

He has also taught at the audiovisual course of the Lycée Léonard de Vinci in Montaigu and at the École Nationale d’Architecture in Nantes.

Since 2004, he has chaired and then co-chaired the association Le Cinématographe – CinéNantes Loire-Atlantique, a space for film distribution and public education in the image, and worked for the first time on the programming of the Festival des 3 Continents; he has been its artistic director since 2010.

He gives numerous lectures on different cinematographies or aesthetic aspects of cinema and has edited a book on Jacques Demy (Editions 303) as well as D’autres continents – mouvances du cinéma présent (Warm).

See the all festival team