Tumpal Tampubolon is a cinephile-turned-filmmaker, based in Jakarta, Indonesia. He graduated from Bandung Institute of Technology with a bachelor’s degree in mathematics. In 2005, his first screenplay, The Last Believer, won the Jakarta International Film Festival (JiFFest) Script Development Competition in the Best Short Fiction category. Since then, he has written and directed several short films, which were screened in various national and international film festivals. He attended the Asian Young Filmmakers Forum (2007), the Berlinale Talent Campus (2009) and the Asian Film Academy in Busan (2010). He also won the Citra Award, Indonesia’s most prestigious film award, for the Best Original Screenplay, for Tabula Rasa in 2014. In 2017, he co-wrote the screenplay for 212 Warrior, a film adaptation of a best-selling Indonesian martial arts book series that is being produced by Fox International Productions and LifeLike Pictures. 212 Warrior was released nationally in 2018. 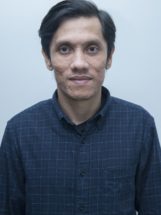