Born in Tacna, Peru in 1949. He has been a film critic for several magazines including Hablemos de Cine. From 1974, he directed a dozen short films. From 1983 to 1984, he was President of the Association of Peruvian Filmmakers. He also studied at the Santa Fé Film School in Argentina with Fernando Birri. 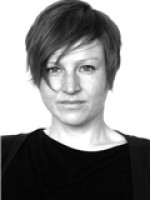