Born in Colombia, Cesar Barrera Burgos is a writer, director and film producer. Since 2014, he has been producing short films such as Visual Arts (filmed with the tutoring of Abbas Kiarostami) and Mala Maña (Short Film Corner at Cannes 2015) by Fabián Hernández, and the feature film The Servant by Ronin Hsu.
He is currently focusing his attention as a writer and director of projects including the short film, Ramona: La Furia no se Guarda (in promotion), and the feature film in development El Acuerdo (The Agreement), (2018 Produire au Sud workshop, Nantes). 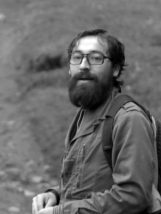