Wang Quan’an is a Chinese director born in 1965 in Yan’an in Shaanxi. He graduated from the Beijing Film Academy. From 1999 to 2009, he shared the life of actress Yu Nan, his muse and the female lead in his first film, Lunar Eclipse (1999), as well as the following three (Apart Together is the first film in which Yu Nan does not star). Several of his films portray a harsh and rural China, shaken by modernisation. Wang Quan’an won the Golden Bear in 2007 at the Berlin Festival with Tuya’s Marriage. Screenwriter on all his films, he also won (with Na Jin) Best Screenplay award at Berlin’s 60th Film Festival. 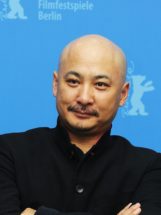