Ismail Safarali was born in April 1978 in Baku, Azerbaijan. After graduating from Duke University (Durham, NC) with a Master’s in Economics, Ismail pursued a successful career in banking. In September 2013, he turned to filmmaking and, in September 2015, graduated with honours from the Moscow School of New Cinema (MSNC) with a Master’s degree in Filmmaking. Ismail currently resides in Paris, France. Ismail has shot and produced four short films, three of which have been premiered internationally. Ismail has co-authored a full feature script : The Fisherman’s Daughter. This project was selected as one of the six projects on the Midpoint Intensive program at the Karlovy Vary Film Festival in July 2017, and was also part of the Connecting Cottbus pitching forum later that year. Produced by Non-Stop Production (Leviathan, Loveless, Beanpole), Ismail completed the shooting of The Fisherman’s Daughter in October 2018, and Wild Bunch currently sells the film internationally. 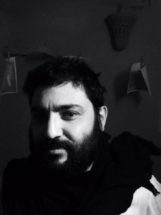