Daler was born in 1977 in Tajikistan. As a child, he used to help his mother, the Tajik filmmaker Gulandom Muhabbatova, produce films. He worked for the Tajikfilm studio as an assistant director. He later became a scriptwriter and film director. He produced, co-wrote and co-directed the feature films Ovora in 2005 and Let It Be a Dream in 2010. Ovora won several awards in Central Asia international festivals. In 2007, Daler co-founded with Akmal Khasanov the private film production studio, Art-Vision, where he works as a director and has directed a dozen documentaries, a series of social videos and ads. 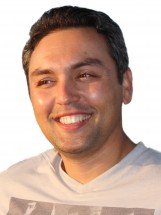