Born in Morocco, Karim Aitouna graduated in law from the University of Mohamed V in Rabat. He then went to Lumière Lyon 2 University, where he obtained a Master’s in film studies. In 2009, he founded the company, hautlesmains productions, and supervises production of film and television content in the field of visual arts and culture. He produced the program, “Clin d’oeuvres”, broadcast on Lyon TV and Capcanal, and the short fiction, Eleven Meals, selected by many festivals. In 2012, he was selected as a producer for the Eurodoc International training program and works with authors from Egypt, Morocco and France, as well as on Poisonous Roses. 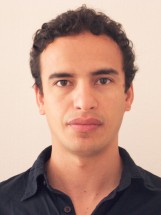