Working in films since 1998, Erke started as an actress and presenter. Since 2005, her expertise has always been in production management, line and executive producing both in Kazakhstan and Kyrgyzstan. She has worked on various short films, full-length documentaries and feature films. In 2010, she started her own production company in Bishkek, called OYMO Studio. The company’s main activities include: supporting art-house cinema projects and developing animation in Kyrgyzstan. OYMO Studio’s filmography currently comprises over twenty short films, many of which have been screened at international film festivals. OYMO Studio is now developing four feature projects. One of them is the film Drifting Snows by Aygul Bakanova. 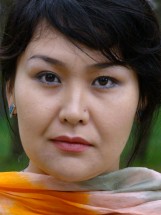