Bornila Chatterjee’s debut feature film Let’s Be Out, The Sun Is Shining premiered at the 2012 New York Indian Film Festival, where it won the Audience Award. From 2010 to 2013, Bornila was the Managing Director of Stonestreet Studios, a screen acting school and advanced conservatory in the Department of Drama at New York University’s Tisch School of the Arts. Bornila was one of eight writers selected for the 2011 JT3 Foundation For Young People in the Arts/Writers Guild of America East Foundation Mentorship Program held in New York. Bornila is a 2014 fellow of the Sundance Institute/ Mumbai Mantra Screenwriters Lab and holds a BFA in Film and Television from Tisch. She is currently based in Calcutta. 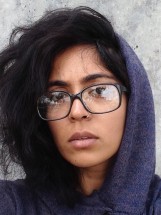