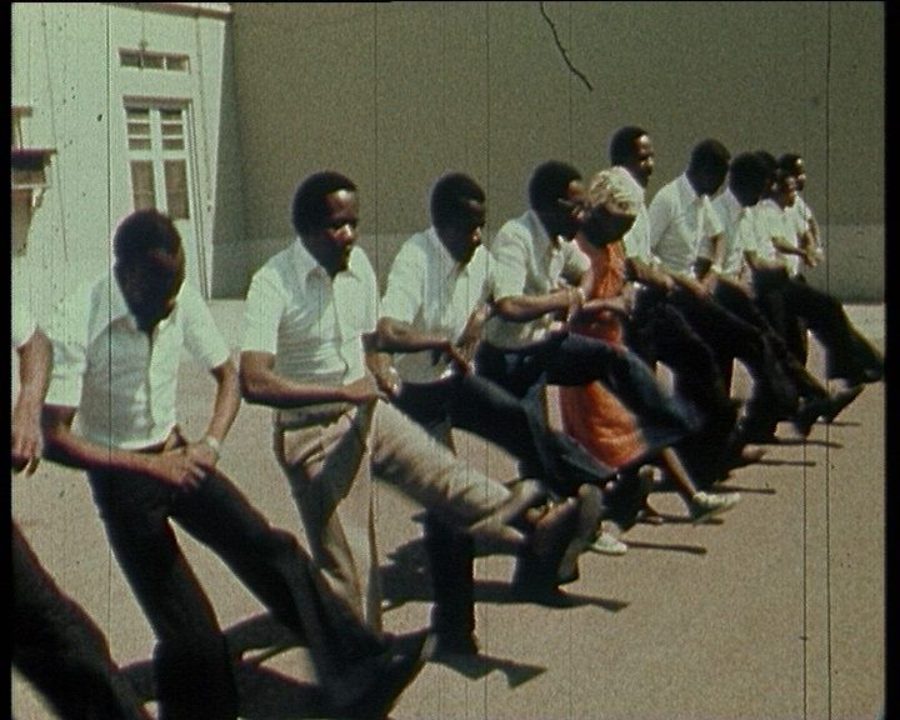 The only cinematographic trace that remains of Jean Rouch’s passage and involvement in a Super-8 training workshop at the University of Mozambique is this film, co-directed with Jacques d’Arthuys. With impressive simplicity, Makwayela turns a song into a film and a place of memory. The situation of Estas são as armas in the nascent Mozambican cinema is quite particular. Seen by Samora Machel as a way of enlightening his people on what defined imperialism at a time when neighbouring Rhodesia was stepping up its attacks on Mozambique’s civil populations, the film revisits archives, mostly from the colonial past and the war of independence, in order to actualise their vision and reading within a context of the time. These images of the past, resurrected and re-edited, take on such a life of their own that they in turn become a weapon in response to former humiliations and the ongoing attacks. Camilo de Sousa’s Ofensiva takes its name from the Ofensiva Político Organizacional set up in 1980 by President Samora Machel and his FRELIMO party. Wanting to create the “new Mozambican man” in line with the Marxist precepts it upheld, the government developed an educational and reform programme designed to target the flaws (corruption, idleness, sabotage, incompetence) that were preventing the population from collectively building the conditions for full-fledged emancipation and an industrial fabric able to meet targeted production levels. Although Ofensiva was not released under the label of Kuxa Kanema, meaning literally the “birth of cinema” – the title of a newsreel series shown nationwide and produced by the National Institute of Cinema (INC) as of 1977 –, the film is a direct continuation and probably the most notable dialectic expression of this birth. JB