This is a portait gallery of Chinese youth, with Cui Jian ans his band as a background. Cui Jian is China’s first and undoubtedly most famous rock singer and songwriter. Karzi runs a modest music bar. His girlfriend Maomao is pregnant. Karzi insists that she should get an abortion but she refuses and leaves him. An unemployed young man, Daging writes to kill time.He decides to help out his partner “Yellow” who has been robbed of all his money. He promises a reward to another man if he manages to find the thief… Meanwhile, Karzi is looking for Maomao everywhere — in vain. He visits Li Ying who lives with her boyfriend. Out off frustration, he makes love violently to Jin Ling, a young woman who works in his bar. At the end of the film, Cui Jian writes anewsonghecalls “Tolérance”. Karzi shaves his head. In the dark hallway of an abandoned building, a thin ray of light stripes his back. He thinks he can see Maomao giving birth to a child. 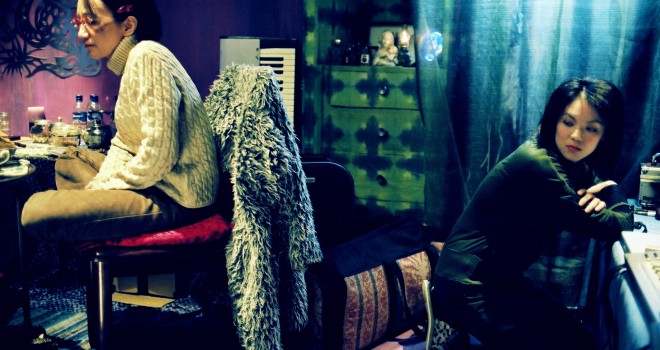