Shortly before bis death, Moon Duk-Bae requested to be buried on the island of Kwisong,where he was born. His soon, Moon Chae-Ku, respecting his last whishes, takes the coffin ont to the island. But the island inhabitants intend to prevent the return of the remains.
A friend of Moon Chae-Ku, the poet Kim Chul, also born on the island, attempts in vain to negociate with the islanders. Setting foot on the island, he recognized the sites and faces of his childhood and the memories rush in. Kim Chul especially remembers the wife of Moon Duk-Bae. When her daughter died, she went mad with grief… Moon took her aboard his boat to the hospital ; he returned in the company of his mistress ! Some time later, the war between the Communists and the Nationalists broke out. One day, Communist troops arrived and assembled the inhabitants, who began to dénonce all of the island’s “reactionaries”. In fact, these soldiers were only disguised nationalists, corne at the initiative of Moon to ‘purge” the island of its communists… The memory of this tragic violence has remained burnt into everyone’s mind. 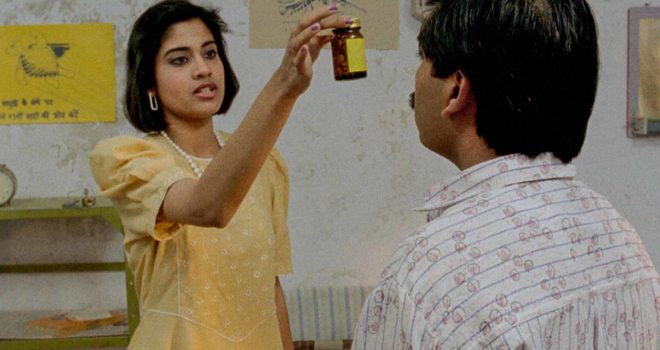