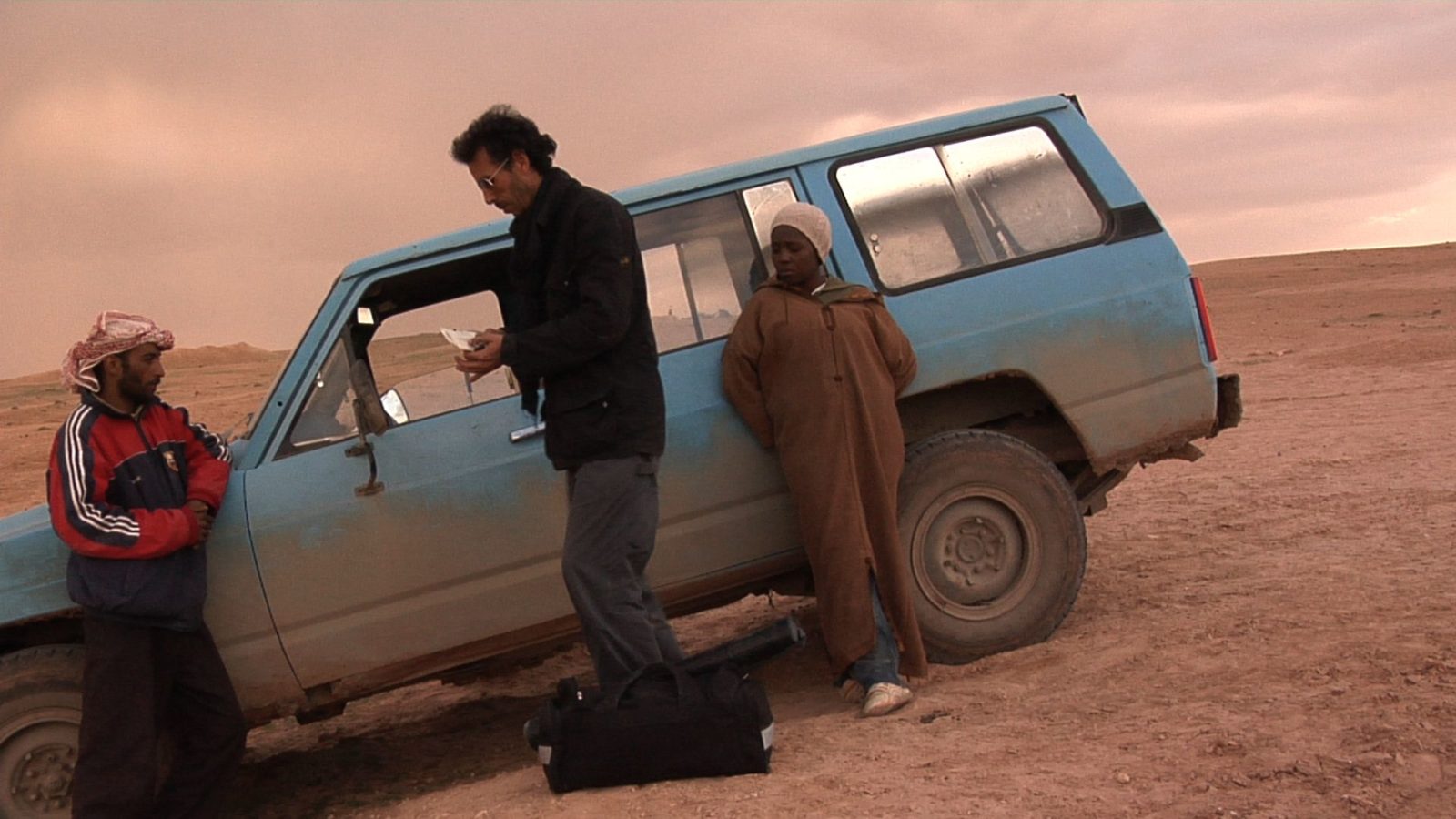 Busy doing nothing in Algiers, the two young protagonists of Rome Rather Than You (2006) set their sights on Europe right to the end of the film. In Inland, maps are also present as Malek is a topographer… and a loner. He leaves Oran in the opposite direction to reach an arid region in southern Algeria, where he has been hired to work on a constantly delayed electrification project for this remote and sparsely populated area. The isolation, the waiting, the police presence and the repeated controls gradually turn the topographer into a geographer, as he enriches his knowledge of the territory through what soon resembles an exploration of his own country. This discovery deepens when he meets a young African woman who has entered the country illegally and is hunted by the police. He decides to lead her further south to the national border. The desert stretches out like a surface with no depth or limits where Algeria seems to lose itself – and Malek too. JB 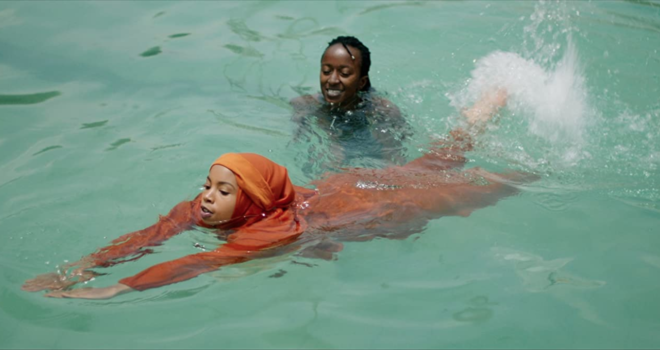 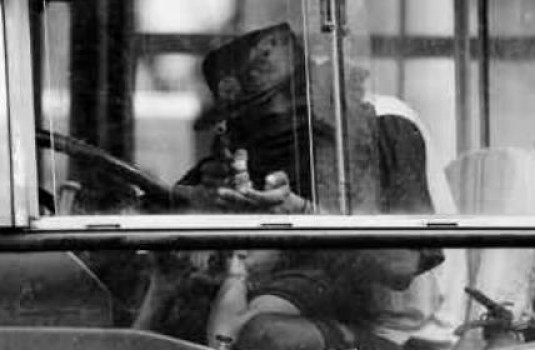 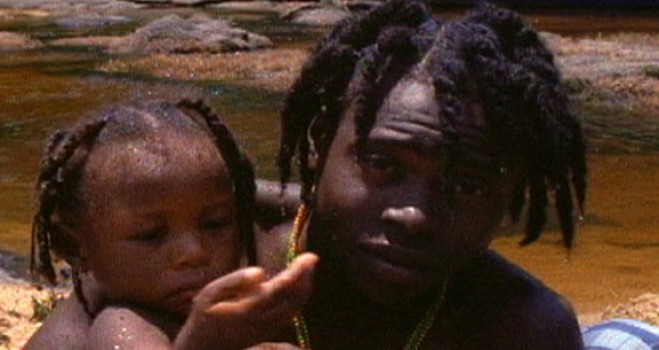