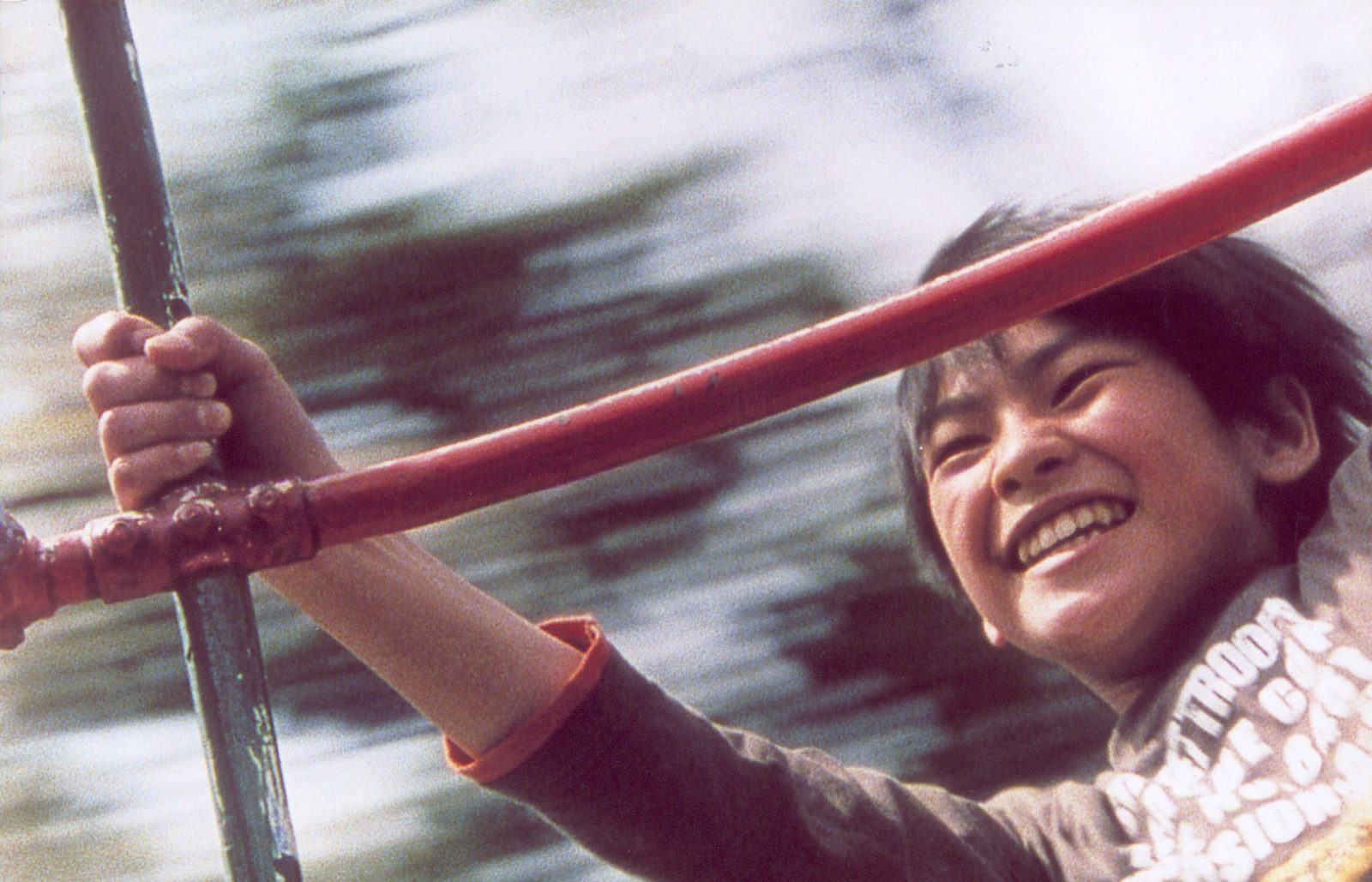 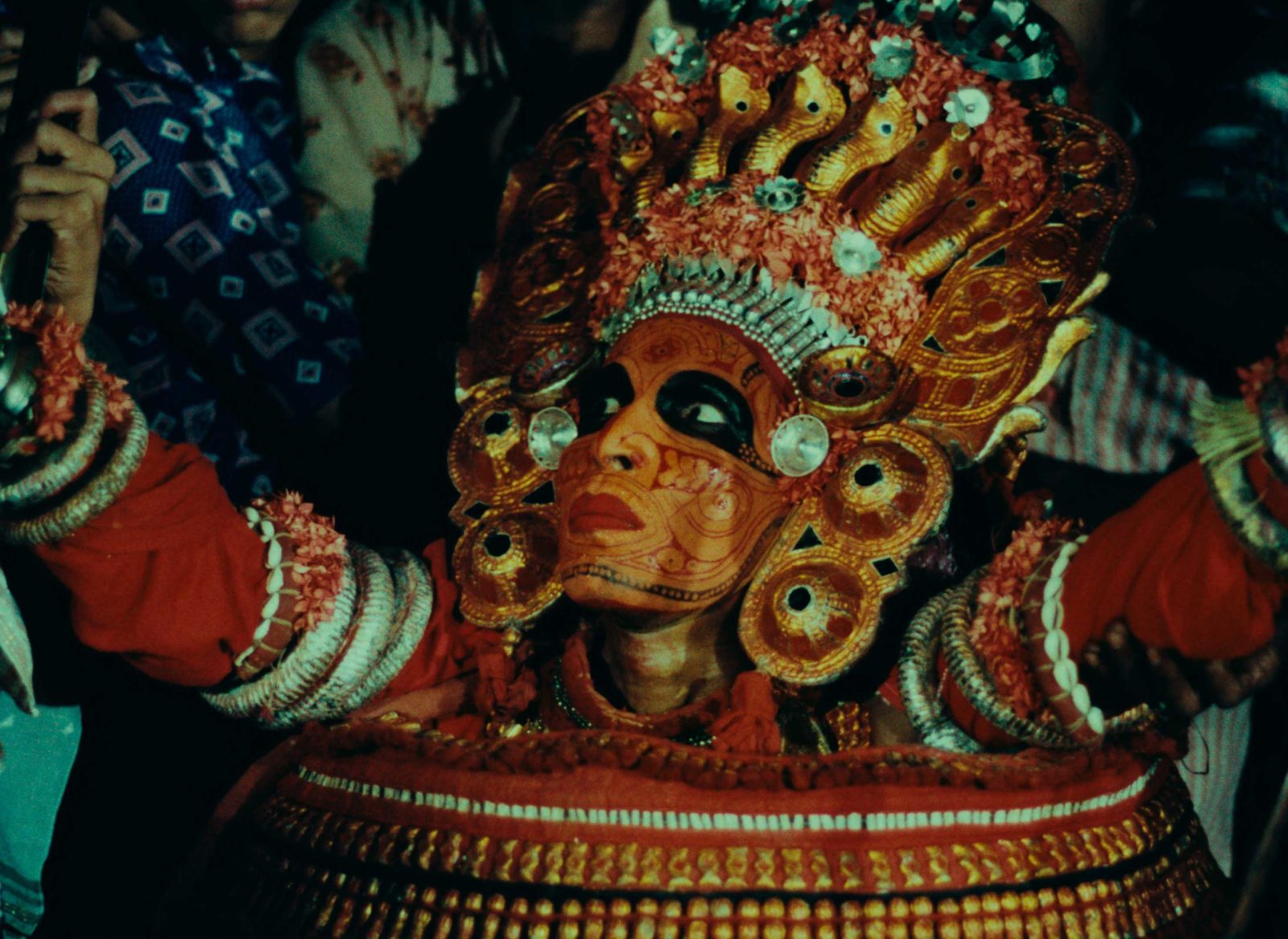 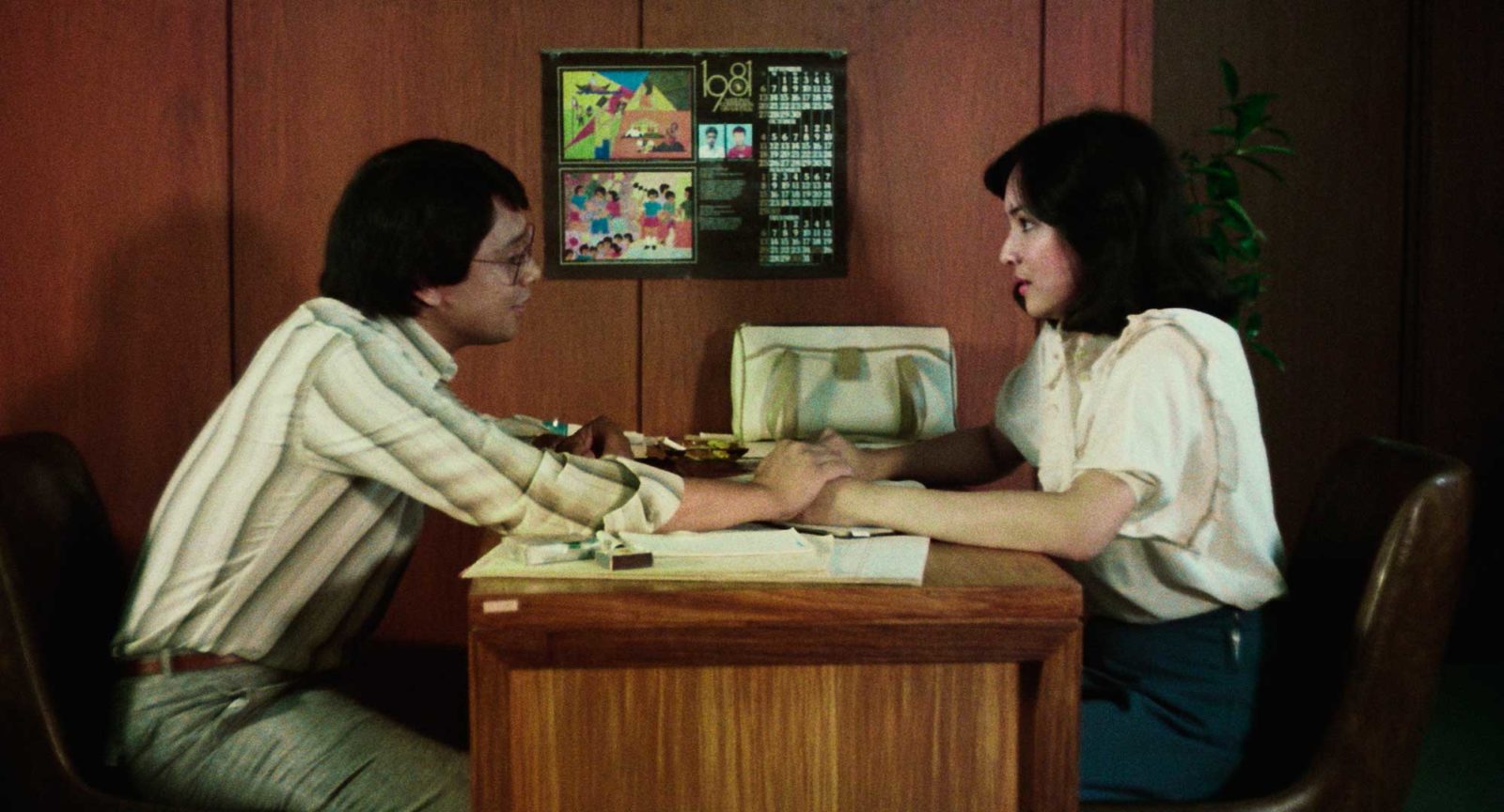 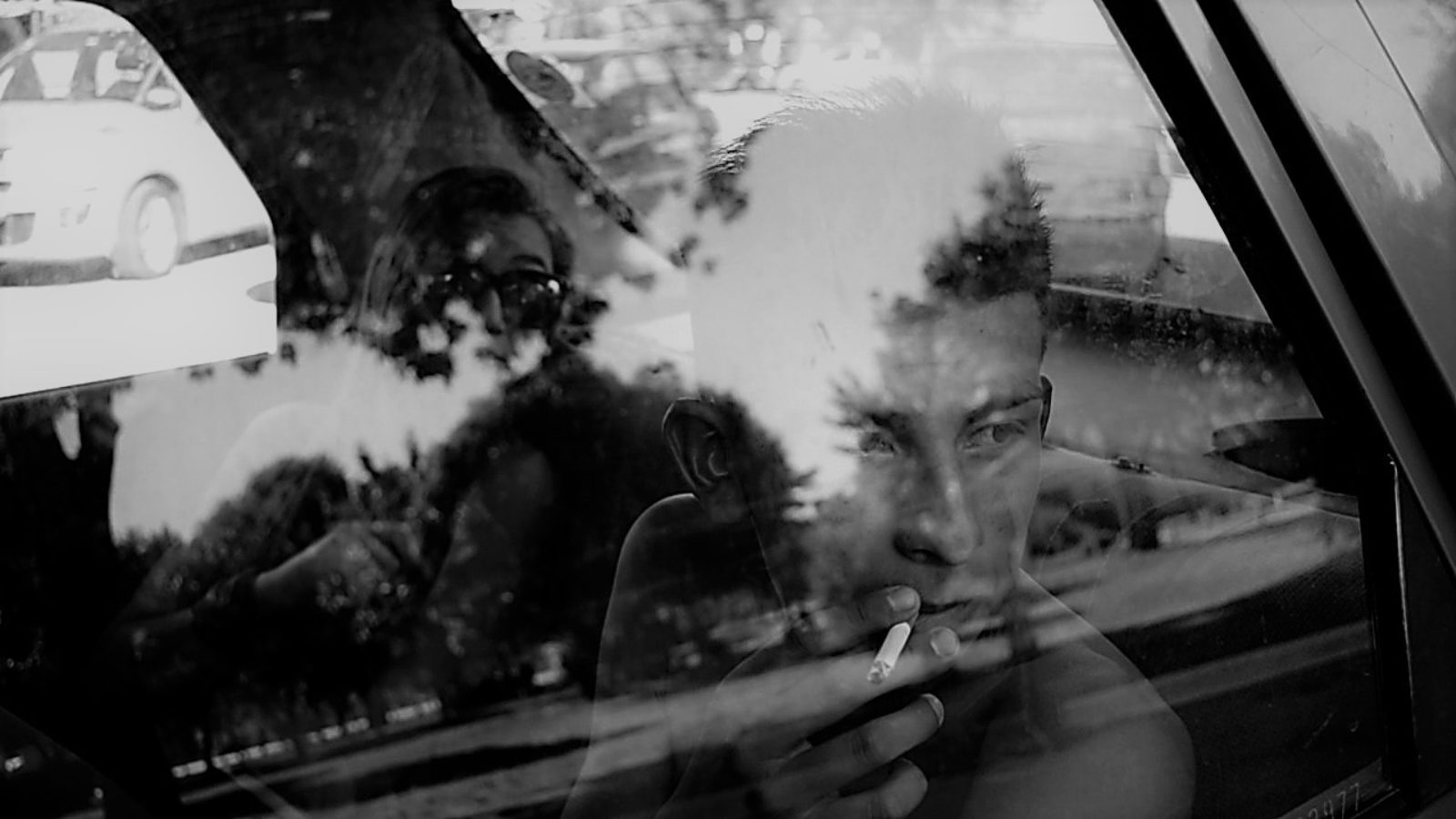 The Festival des 3 Continents is back in 2022 for its 44th edition from November 18 to 27, with screenings in Nantes and in cinemas across the Loire-Atlantique region (Ancenis, Bouguenais, Clisson, Héric, La Turballe, Rezé, Sainte Marie-sur-Mer, Saint Herblain, and Saint Nazaire).

The event will take place over 10 days, bookended by two weekends.

A wide range of dramas and documentaries from Africa, Latin America, and Asia will be presented in a programme of some 90 feature films, many of which are rare and will premiere at the festival.

In addition to the Official Selection of recent films, the Festival will host an homage to renowned Japanese filmmaker Hirokazu KORE-EDA (Shoplifters, 2018 Palme d’Or at Cannes), whose documentary works are little known. Other events include a voyage through Indian cinema of the 70s and 80s and, for the first time in the world, a complete retrospective of the works of Mike DE LEON, a key figure in Filipino film. Festivalgoers will also have an opportunity to dive headfirst into the prolific and marginal work of Argentinian filmmaker Raúl PERRONE and to enjoy the programme A Family Affair.

The Official Selection, featuring an International Competition and Special Screenings, includes recent feature films (drama and documentary), most of which have never before been screened in France.

Hirokazu KORE-EDA : A Country at Heart

French audiences first discovered the work of Japanese filmmaker Hirokazu Kore-eda in the mid-90s. Maborosi (Maboroshi no Hikari,1995) and After Life (Wanafuru Raifu,1998) were screened in their year of release at the Festival des 3 Continents, the latter earning a Montgolfière d’Or award and establishing the filmmaker’s renown. Shortly thereafter, Distance (2001) and Nobody Knows (Dare mo shiranai, 2004) were selected for the Cannes Film Festival. With the release of each new film, French audiences developed an increasingly strong loyalty to the filmmaker, whose works paint a subtle portrait of Japanese society. This connection grew even stronger with the release of Shoplifters (Manbiki kazoku, 2018), which won the Palme d’or at Cannes that year. As we await the release of Broker (anticipated December 7, 2022), we will have the pleasure seeing his little-known – if not unknown – documentary work. In presence of the filmmaker (to be confirmed).

Autumn, the most clement season in India, is the perfect time to take a tour of Indian cinema from the 1970s and 80s through films that are unknown, forgotten, or overlooked. Fifteen films pay tribute to the aesthetic diversity of a filmmaking industry that is too often reduced to Bollywood. Filmed in a range of languages including Hindi, Malayalam, Urdu, Bengali, Tamil, and Gujarati, the films in this programme speak of the immensity of a country whose cinema industry is rich and multifaceted. Indeed, some films feature singing and dancing and falling in love, but what truly excites us is the profound desire of moviemaking that they emanate.

Those who attended the recent theatre screenings of the works of Lino BROCKA, the biggest name in Filipino cinema, may recall having seen Mike DE LEON’s name in the credits of Manila in the Claws of Light (Maynila sa mga kuko ng liwanag, 1975). A little-known and thus noteworthy fact is that Mike de Leon was both producer and director of photography for the film; this detail might seem insignificant were it not for the fact that now, with the release of his latest film, this world-premiere retrospective reveals a lifetime dedicated to cinema, like his family before him. Psychological thrillers, film noir, love stories, realistic films and fantasies: Mike DE LEON’s films avoid being pigeonholed and, as if emerging from the darkness (of his native country), bring to light works imbued with remarkable stylistic power.

For the past 30 years, and with nearly 60 films to his credit, Raúl PERRONE has been a giant in Argentine cinema, albeit surprisingly on its fringe. Independent even of his country’s independent film scene, PERRONE is bound exclusively through his life and his work to his birthplace of Ituzaingó (in Corrientes, an hour from Buenos Aires), which he only ever leaves for brief periods. He seeks neither fame nor recognition: he simply makes films. These can be compared to unpredictable subjective drawings as precise in their depiction of the reality of the people around him as they are open to the influence of unpredictable imaginary forces; and to conversing freely with other films, painting, and literature…

Cinema, like literature before it, is in its element when it comes to family. Laboratories exploring personal passions by giving free rein to the excesses of imagination, other people’s families are always a bit like our own: perhaps far removed from our actual experiences, yet they couldn’t be more… familiar. From a clash between two very different families in Parasite, to the burden of tradition in Sofia; a story of adoption in Cry Macho; and a retake on personal memories in La Ciénaga, while clear differences exist between the films in this programme, they are all part of the same extended family and any resemblance between them is no coincidence. The Festival has compiled an educational guide for secondary-school teachers; this programme is our invitation to their students to the Festival des 3 Continents.

First Steps Towards the 3 Continents

First Steps Towards the 3 Continents offers a selection of films for children aged 3 and up and their families. This year features premiere screenings of films with age-specific programmes for pre-school and primary-school children.

The full programme of the 44th edition of the Festival des 3 Continents will be revealed at a press conference on November 3, 2022.

Find all the updated information on the edition page!